The Not So Clear Origins of the Israeli Galil Assault Rifle

The Israeli Galil assault rifle has a pedigree that may find its way all the back to the AK-47, although the path to the actual Israeli rifle is somewhat clouded in mystery. There are some very obvious similarities between the Galil and the Finnish Valmet assault rifle, and in fact the Israeli gun was initially manufactured using tooling supplied by Valmet’s manufacturing documentations and specifications.

How all that documentation fell into the hands of the Israelis is the stuff for a great espionage book, but let’s just say that one should act quickly when presented with opportunities. In the case of the Israelis, when surrounded on all sides by people determined to annihilate them, their very existence and survival has depended on quick action.

Tracing the Galil’s heritage backwards becomes a little more confusing when you consider that the Valmet itself traces its roots directly to the AK-47. Valmet rifles were modeled on the Soviet gun in their original form with a machined rather than a stamped steel receiver unit. And there are some resemblances in operation, such as the standard rotating bolt and general layout, even though those are now common in many assault rifle designs. 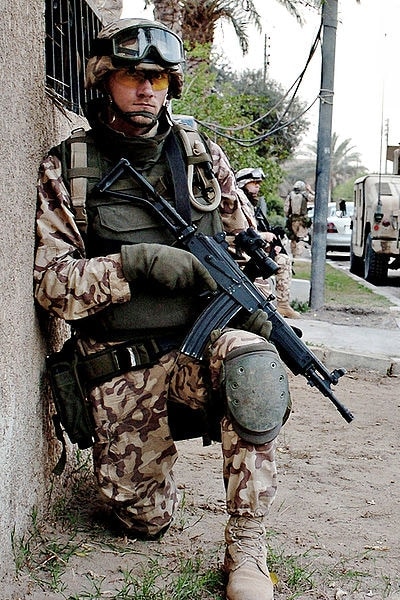 The Galil has been produced in both 5.56mm and 7.62mm and is still widely used by Israeli Defense Forces, the IDF, although most units in the field are now equipped with ultra-modern replacements. The standard Galil is 38.54 inches in length; has a barrel length of 18.1 inches; its fully loaded weight with a magazine is 10.19 pounds; it has a muzzle velocity of right around 3,215 feet-per-second; its cyclic rate is 650 rounds-per-minute.

All three models have folding stocks, which are excellent in tightly-confined urban settings. The ARM’s bipod can be used as a wire cutter and, believe it or not, all three versions have a bottle cap opener fitted in order to prevent the IDF’s men and women (yes, in the IDF everyone fights) from using other parts of the rifle as bottle openers. You surely don’t mean to tell me that you never considered using something like the lip of a magazine to open that Coke bottle do you?

And, speaking of those magazines, the Galil can be used as a light machinegun with 35 or 50-round magazines. 10-round magazine boxes come standard, although most rifles use the larger capacity ones.

The rifle proved to be so effective in combat that it gained the attention of a number of other countries. The Swedish FFV 890C in 5.56mm, as an example, is one of them. The South African government negotiated a licensing arrangement with the Israelis and ended up producing their own version, the R4, which became the standard assault rifle for their front-line units.

Like most other Israeli military weapons the Galil is hard to find on the American market, but if you do happen to come across one you should expect to pay quite a hefty sum for it. One thing is for sure, it is a simple gun to shoot and fairly accurate even at extended ranges—an improvement on the Ak-47.