The depredations of ravenous gray wolves must come to an end says the Idaho Department of Fish and Game.

According to the U.S. Fish and Wildlife Service, these large marauding pack-assassins have amassed 87 confirmed kills in the past year.  That’s up 17 percent from the previous year.  Their Idahoan victims include 50 cattle, 34 sheep and 3 dogs. 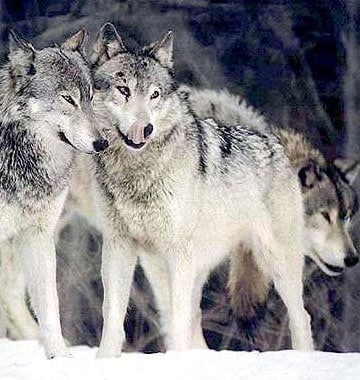 In order to thwart future livestock depredations, state officials have once again opened wolf hunting to the public this past Tuesday.  The annual wolf hunt or wolf-hunting season was started in 2009 when officials noticed a spike in the number of livestock kills.

“We’re hoping that this hunt deters future livestock kills,” Mike Keckler, spokesman for the Idaho Department of Fish and Game, told the Times-News. “That way, the wolves and people stay out of trouble.” However there is controversy surrounding the wolf hunt.  Wolf advocates obviously question the moral imperative that compels one to kill the majestic animal, but they also argue that non-lethal measures can be just as effective as mitigating livestock depredations.  Non-lethal methods that include, according to defenders.org, “fencing livestock, lighting, alarm systems and removing dead or dying livestock that may attract carnivores like wolves.”

Furthermore, they point to the fact that the state compensates farmers and ranchers for their losses when the wolves attack, concluding that there’s no need to kill the wolves. 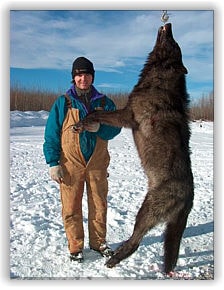 But gaming officials argue the wolf hunt is a proactive measure to mitigate livestock depredations.

“In the fall of 2009, we saw quite a notable drop in depredations,” Keckler told the Times-News. “It dropped by 50 percent during the beginning of the hunting season. We believe the wolves got wise. They were being hunted and knew it was best to stay clear of humans and livestock.”

If this true, it could be argued that hunting the wolves saves tax-payer-dollars over the long haul.  Reimbursements for lost cattle can be as much as $2,000 per cow/bull.  If killing the wolves decreases the amount of money the Idaho’s Governor’s Office of Species Conservation has to pay out each year than the wolf hunt seems like an appropriate action. 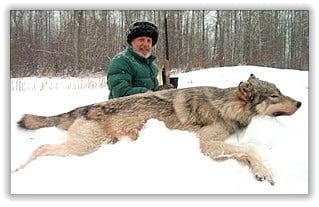 However, to truly know what’s optimally effective at mitigating livestock depredations, a study should be conducted comparing the lethal methods and non-lethal methods to determine the most cost-effective solution.  One would assume it would be the wolf hunt as building fences and maintaining alarm systems would be pricey and presumably more than the costs associated with the annual hunt.

Regardless of the controversy, the hunt is on.

But, perhaps wolf fans can find comfort in the fact that Fish and Game officials will be monitoring the wolf population to ensure it doesn’t drop below the federal minimum requirement of 150 wolves.