With more and more women getting into shooting, and by extension, putting in serious range time, Shelley Rae of Gun Nuts fame asks, and pretty well answers, the question: what effects could shooting have on the unborn?  Can they be affected?  (Yes, dur.  Yeesh.)

“There’s not a lot of hard data on shooting pregnancy.  It’s a difficult thing to quantify and while I believe that when there is a small human growing inside you ‘better safe than sorry’ is usually your best bet there is some data available to explain why shooting during pregnancy, especially late pregnancy, may not be the best idea.

“The two main concerns are lead and noise.  While these are obviously two of the main hazards at any range they become an even larger concern when there is something as sensitive as a fetus in the area.” 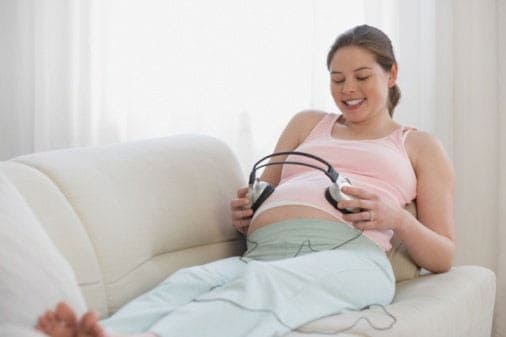 After going into just how much noise passes through an abdomen, making the case for silencers widely available quite rational—Supreggers, the suppressor for preggers!—she also points out that not only can hearing damage occur, there are scary side effect of noise on pregnancy: “On top of early high frequency hearing loss there are multiple disorders associated with prenatal noise exposure.  These include, but are not limited to, miscarriage, hypertension, altered fetal immune response and growth retardation.”

And then there’s all that lead, which is probably half of that “dust” floating around on any given range, especially an indoor one.  “While most adults can easily recover from lead poisoning it can cause miscarriage, preterm birth and can even go as far as to cause developmental problems if a fetus or young child is overexposed.

“A gun range is probably not the best place for someone during third trimester pregnancy. My recommendation? Stay home and dry fire.”

Ultimately, we like the idea of women in all stages of life being avid shooters, even if that just means a few months of dry-fire practice.  Because it puts the notion of “tiger mother” into a whole new arena.