Let’s be clear about something.  U.S. Attorney General Eric Holder knew about Operation: Fast & Furious well before it became the hugely unpopular hot mess that it currently is.

How does one know this? 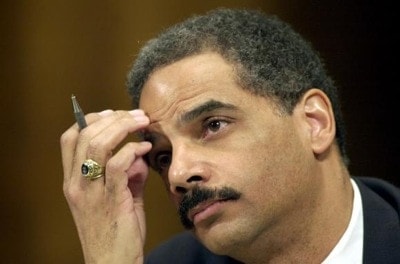 On Thursday, April 2, 2009 Eric Holder made the following remarks at the Mexico/united States Arms Trafficking Conference in Cuernavaca, Mexico:

Last week, our administration launched a major new effort to break the backs of the cartels.  My department is committing 100 new ATF personnel to the Southwest border in the next 100 days to supplement our ongoing Project Gunrunner, DEA is adding 16 new positions on the border, as well as mobile enforcement teams, and the FBI is creating a new intelligence group focusing on kidnapping and extortion…

But as today’s conference has emphasized, the problem of arms trafficking will not be stopped at the border alone.  Rather, as our experts emphasized, this is a problem that must be met as part of a comprehensive attack against the cartels – an attack in depth, on both sides of the border, that focuses on the leadership and assets of the cartel.  This is the type of full-bore, prosecution-driven approach that the U.S. Department of Justice took to dismantle La Cosa Nostra – once the most powerful organized crime group operating in the United States.

That major new effort sounds eerily familiar to the phoenix-based Operation: Fast & Furious, which also functioned under the auspices of the ongoing Project Gunrunner.

F&F was a sting operation gone horribly wrong.  It was predicated on the hope that by allowing straw-buyers to walk guns over the Mexico-U.S. border it would lead to the apprehension and prosecution of Mexican drug cartel leaders and kingpins.  However, the non-interdiction and minimal surveillance tactics backfired and approx. 2,000 firearms walked over the border without any means of tracking them to their ultimate destination.

On May 3, 2011, during a Judiciary Committee hearing looking into the botched gun-walking operation, Holder claimed that he only found out about F&F a few weeks prior to the hearing.

Sen. Issa: “When did you first know about the program officially, I believe, called Fast and Furious? To the best of your knowledge, what date?”

Holder: “I’m not sure of the exact date, but I probably heard about Fast and Furious for the first time over the last few weeks.”

Is this an outright lie?  It certainly appears to be.

Issa commented on the matter in a CNSNews.com interview, “We believe that he was aware of it much earlier than he said in his testimony and questioning before the Judiciary Committee.”

Issa added, “Are we confident that Eric Holder knew it much earlier? No,” said Issa. “Did he know it earlier than he testified? Absolutely.” 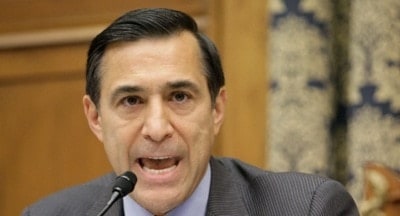 And if Holder didn’t know about the operation well before his testimony, why did he tell the ATF’s top brass to drag their feet with investigators?

Issa and Grassley, who co-chairs the investigation committee with Issa, wrote a letter to Holder on July 5th questioning his involvement with a potential cover-up:

Acting Director Melson’s cooperation was extremely helpful to our investigation. He claimed that ATF’s senior leadership would have preferred to be more cooperative with our inquiry much earlier in the process. However, he said that Justice Department officials directed them not to respond and took full control of replying to briefing and document requests from Congress. The result is that Congress only got the parts of the story that the (Justice) Department wanted us to hear.

After hearing the preponderance of evidence, Sen. John McCain took action.  Yesterday he wrote a letter to Chairman of the Senate Homeland Security Committee Joe Libermann to request a formal Senate hearing on the failed operation:

Last week additional information was released concerning Operation Fast & Furious that raises yet more questions over the decision making process behind the operation.  The Committee must exercise its oversight authority to ensure further damage from this operation does not persist.  I request the Committee hold a hearing as soon as possible to examine these new revelations and determine what additional measures are needed to help prevent this type of malfeasance from occurring again. 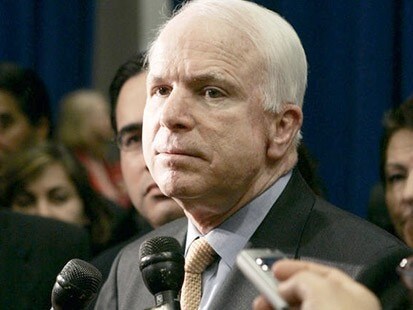 McCain makes it absolutely clear who should attend and provide testimony:

I believe the Committee should hear from the Attorney General of the United States, the Secretary of Homeland Security, and the Acting Director of the ATF.  I hope you will schedule this hearing immediately and respectfully request that these witnesses be invited to testify.

Someone needs to really put Holder’s feet to the fire and get to the bottom of this.  It’s apparent he lied.  Perhaps he didn’t know much about the operation, but he lied about the time frame in which he claims he found out about it.  Hopefully, he’ll be held accountable for his prevarication.  He, of all people, should know the cover-up is worse than the crime.