Good news, everyone!  Springfield’s already updated their amazing and most recent firearm, their XD(m) 5.25″ Competition.  They promised it in more calibers and they’ve followed through in a hurry, with the gun now available in .45 ACP.  John Browning would be pleased. 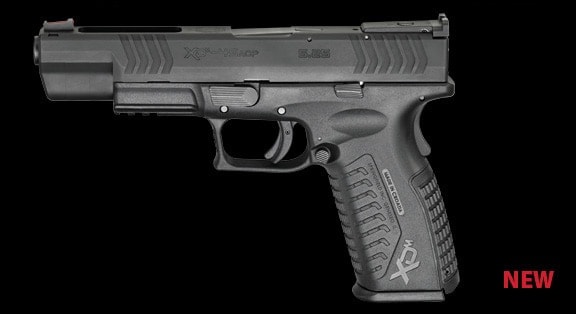 We reviewed the 9mm when it first came out and were definitely taken.  “Hands down, the XDM 5.25 Competition has been one of the most entertaining pistols I’ve fired in a while (or maybe my life is complacent). In the end, I didn’t have a problem cleaning up all the brass.”  But like all good guns, it was fairly controversial. 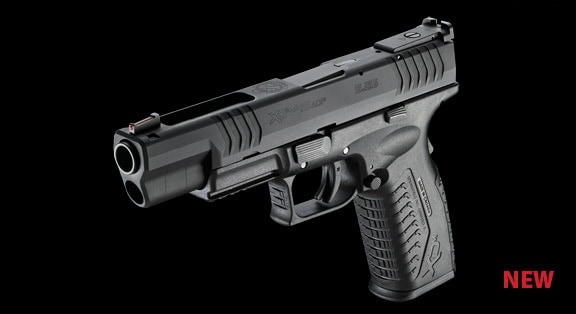 If there was one common complaint, it was its chambering.  “Why can’t they make it in a real caliber?”  Well boys and girls, they have.  The XD(m) Competition guns feature all of the improvements of the XD(m)s on the proven XD platform, including tighter tolerances, improved trigger, and different, more aggressive grip design and interchangeable backstraps.  It uses the same safeties, drop, trigger, grip, and out-of-battery, and has ambidextrous magazine releases. 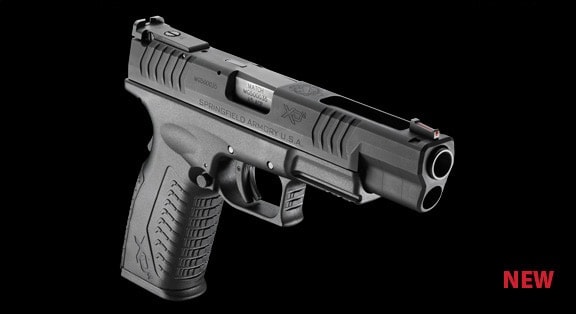 The Competition series kicks it up a kick with hand-selected, hand-fitted parts, a milled, low-mount, adjustable rear target sight, a narrow fiber-optic front sight, and a commanding gap across the topstrap to lighten the slide. 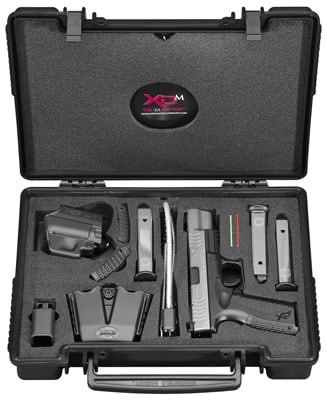 The gun comes with the usual accessories, plus some: in addition to the case, grip inserts, gun lock, paddle holster, spare magazine holster, and bore brush, the XD(m) Competition comes with three magazines, and if you buy one between now and the end of November, it’s eligible for Springfield’s Gear Up promotion, which will get you an extra magazine holster and three more magazines.

Can’t make everyone happy.  We’ll take one in matte, and one in two-tone, please.  It’s after Labor Day, we need to dress and shoot accordingly. 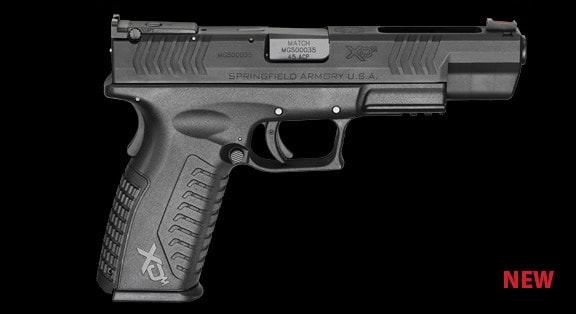