It’s been a while since Beretta’s done anything exciting.  Years.  Their last thing was what, the 90Two?  Neat, plastic fantastic out the wazoo, for sure.

Before that, the PX4?  Based on the 8000?  The Nano, on the other hand, really is something very different.  Especially for Beretta.  Today, we got a detailed update on this neat little pocket pistol. 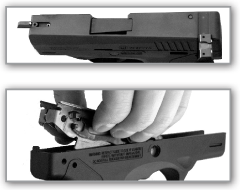 Maybe it’s because their relationship with the U.S. armed forces is cooling off, maybe it’s the crazy jump in sales of concealed-carry pistols, (ding) but Beretta’s finally branching out.  Taking the style of their PX4 Storm series and applying it to a modular-framed striker-fired pistol is both ballsy and cool.

But that’s not the only thing.  It has user-swappable sights, that’s brilliant.  The promise of frame and caliber conversions, well, if it’s done right, is just boss.  It could seriously take a bite out of SIG’s P250 and P290 share.

What we really dig is the MSRP of $475, that’s killer.  Real-world price translation: a cool four bills.  Assuming this gun a.) shoots most of the bullets most of the time and 2., doesn’t explode unless you pull a pin out of it and hurl it towards your enemies, we’re pretty positive it will sell well. 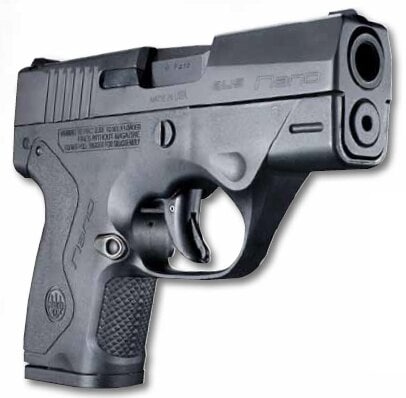 It should probably be said that the trigger has to not suck, as well, but we won’t know that until someone gets their hands on one.  Some people aren’t going to like this gun for some pretty clear reasons.  It doesn’t have a manual safety.  It doesn’t have a slide stop (ambidextrous!).  It does have a trigger safety.  It’s plastic.  If none of that bothers you then watch along: 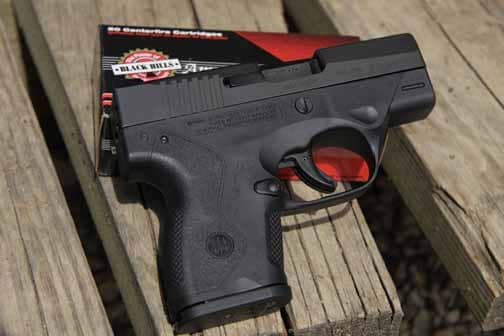 So like, a lot of people have been clamoring to see Springfield make an XD or XD(m) as a single-stack sub-compact.  There was a lot of rumbling in that direction that was completely debased by their introduction of the (exceptional and sweet) XD(m) 5.25″ Competition.  Maybe the Beretta Nano is the cure for what ails you?

Well, they at least have use hyped.  Wonder what on shelves “shortly” means?  So do we…