Can You Have Too Many Guns?

“My husband and I are 48. A couple of years ago he started buying collectible guns for our retirement and has spent over $250,000 on them so far. I totally disagree with his strategy, but would like to know what you think. Is this a good idea? — D.K., Laramie, Wyoming”

This question hit CNN Money’s “Ask the Expert” column a while ago.  And it stuck with us.  Not for the same reasons, and we’ll get into the details here in a bit.  Investing in some firearms will get you money, but those reasons are few and far-between.  If you’re a professional shooter, investing in guns pays out in a hurry.  If you have a line on some pre-NFA fully-automatic weapons that for some reason aren’t selling at market value, those will net you cash.  Same thing goes for any other rare, museum-grade artifacts, if you play your guns right.  And if you’re a criminal, they’re part and parcel with the trade, and we hope you also get stopped or arrested, jerkoff.

The truth is that for most people, guns are a financial black hole, albeit one that does double as human and civil rights insurance.  Investing in a gun collection is like investing in used cars; you aren’t going to turn a lot of Toyota Tercels into a retirement plan.  You can have too many guns, especially if they’re just regular guns; guns that duplicate other guns you own are probably not worth dropping too much on.

There is a reason to have multiple guns of the same purpose, and that’s as a gun backup should one fail.  Particularly if you shoot lots.  Can’t really count on a gun if the burden you place on it risks sending it off for maintenance; most gun owners are not armorers, after all.

Some people say that if you ever wind up in court, then having too many guns is a liability.  That’s probably true if you have, oh, say, more guns than you can fit in a car.  But if you can explain why you have a ton of firearms and don’t come off as someone begging for the end of days, then hell, it’s up to you.  We’re not lawyers, we’re not going to go too much into this; you decide on this front.  Besides, this problem isn’t descriptive of most gun owners.

What do you really use and need?  Most people are alright with a single nightstand weapon.  Statistically, most people don’t even need that one, but hey, no one wants to wind up as a statistic.  There are good guns to have even if you don’t use them every day, just the same. 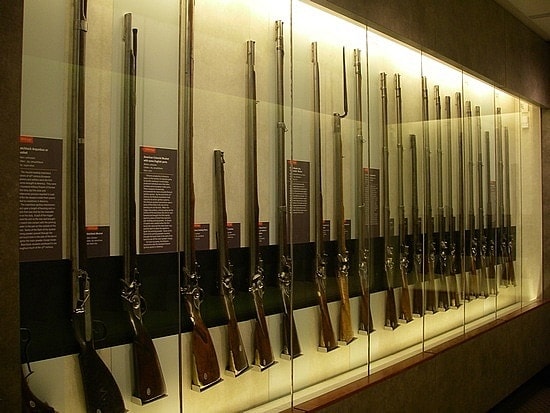 Full-size and service pistols are your all-purpose self-defense weapons.  They’re probably the most important firearms to own and someone looking to become a gun owner should start with one of these.  Something available in a popular chambering that you can hock if you don’t like it.  You should probably never not have a handgun.  After that, well things get interesting.

If you can carry weapons concealed and can’t conceal a service pistol, then you might want a smaller pistol, or a pocket pistol.  These guns also make handy backup weapons.  But hey, printing isn’t a crime, it’s just a risk, so this one’s up to you.  An equally valid second firearm is any handgun or conversion kit chambered in .22 Long Rifle.  We’re all about saving cash and you can’t beat .22 for shooting experience for the buck.

If you’re looking to expand your shooting horizons, then there are two long gun branches to step out onto.  Rifles and shotguns.  Rifles are both handy in competitions and self-defense, but can be unwieldy in homes, especially if you buy military surplus hardware.  ARs and AKs look mean and expensive, but they can be had cheap and friendly.  They’re also all-purpose firearms and as such are a great value.  AR .22 conversion kits are plentiful and save you some scratch there as well, although they’re a bit more finicky than dedicated .22 rifles. 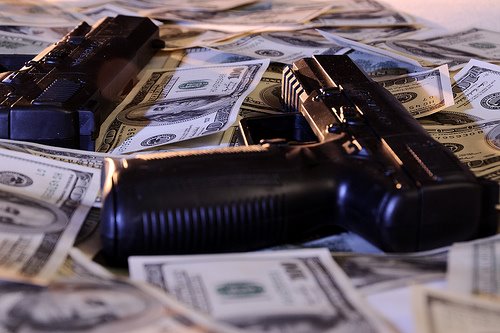 Bolt-action rifles, particularly in big calibers, are a must for hunting and shooting at long ranges.  They’re not all-purpose rifles and can set you back the most when you get into ammunition and optics, but they are the best specialized option for what they do.  You can save money if you’re into small game and plinking by going .22 here, too.

The ne-plus-ultra long gun chambering is 12 gauge.  While shotguns don’t stack up to rifles or even pistols when it comes to capacity, they’re unbeatable for the price.  You don’t necessarily need to get a pump shotgun, either; there are some really great, inexpensive automatics being imported now, from Sarsilmaz and Izhmash.  That said, pumps accept a greater variety of ammo.  They’re equally all-purpose as ARs or AKs, and for self-defense are unparalleled.  Also, they don’t require much by way of spare parts and magazines, and you can find 12 gauge ammo everywhere.

You can have half a dozen firearms that all serve different purposes, all of which represent a great value.  Safe queens are pretty, but if you have a gun you’re not going to use, then yeah, you’re wasting money (saving a beaut to hand down to future generations is a perfectly acceptable use).  If you can afford to waste money, then you have a problem everyone would love to have.  But never make the mistake of thinking guns are a wise investment.  Yes, there is that guy who does it, and he’s doing great by it.  But it’s no different than taking up gambling as a hobby; some people pull it off.  Most people go broke. 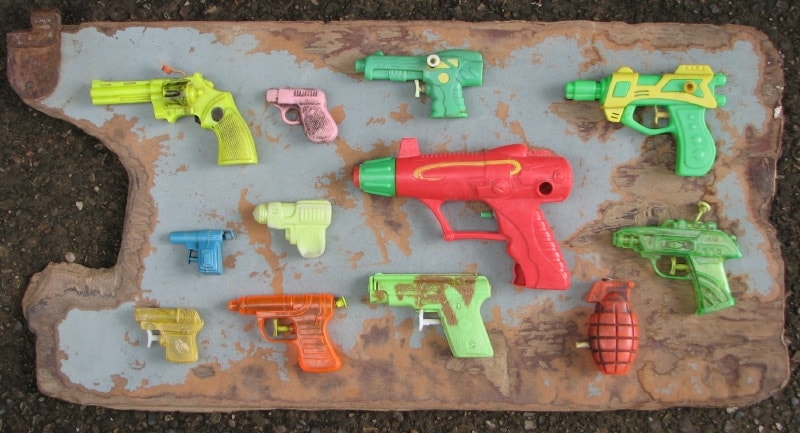 Gun accessories, on the other hand, always seem to be a good buy.  Magazines, reloading equipment, ammo… these are things that will always become more expensive as time goes by.  If you really love shooting, these are what will save you money over time.  Just don’t go broke buying firearms.  It makes you look touched and besides, if you can’t pay the Internet man, you can’t read Guns.com.

What guns do you think are necessary, and at what point does having lots of guns become a burden or a liability?