Earlier today we showed off Stag Arms’ impressive upcoming competition AR, the Model 3G.  We like everything about it; the mid-length fluted barrel, and especially the price.  One of the more lovely bits of hardware on that firearm is the forearm, a factory-installed Samson Evolution 15″ lightweight, 13.5oz anodized aluminum handguard with a full-length top rail good to go for backup iron sights or optics anywhere along the length of the rifle. 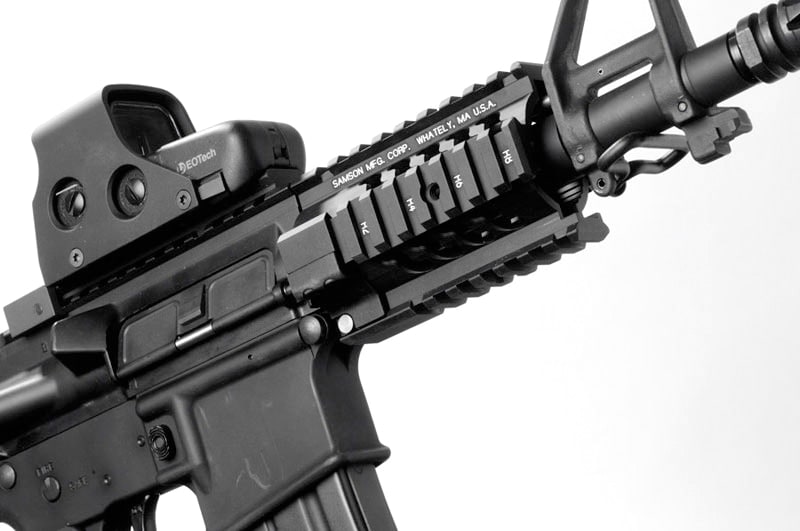 But you don’t have to buy a Model 3G to get swanky furniture like that.  Samson rails are (premium) off-the-shelf products and you can get them for many rifles, not limited to AR-15s, too.  Samson makes equally-sharp railed (and non-railed) forearms for H&K MP5s, SIG 556s, (and 522s for the tactical plinker) AR-10s, AK-platform rifles and even Krinkovs. 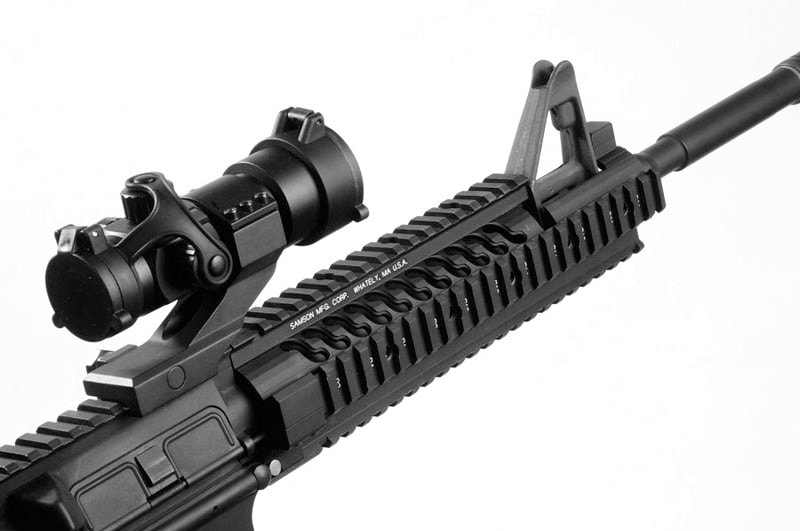 The Samson Evolution is just one example of their many lines of handguards, and it’s intended for rifle-length ARs.  It’s a free-floating handguard with a fixed 12-o’clock Picatinny rail and mounts for additional full-length or smaller Picatinny rails at the expected 3, 6, and 9 o’clock positions. 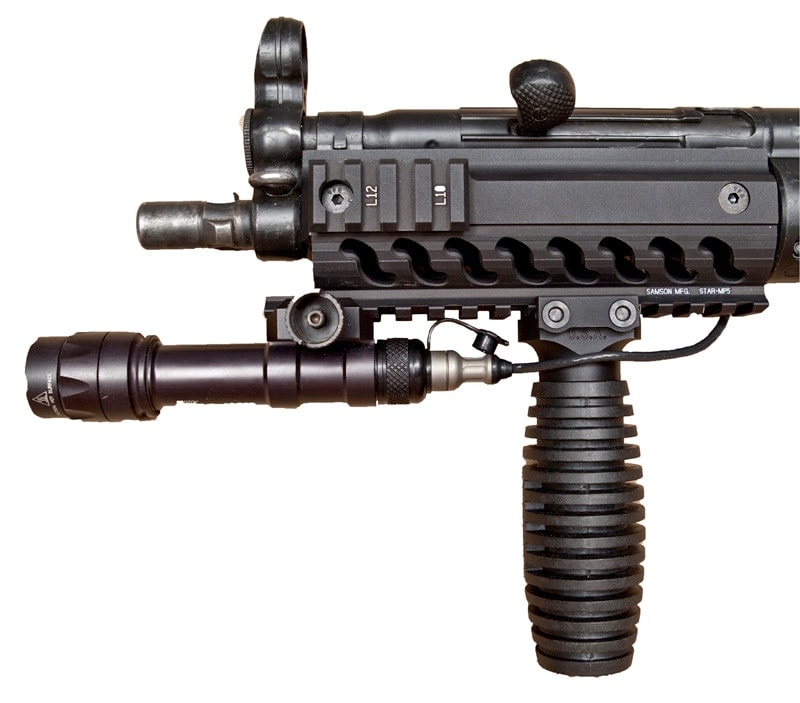 Given the sheer volume in variety of AR platform rifles, they make a whole lot of different handguards for them.  They make their STAR-4 series handguards for pistol and PDW-type ARs, STAR-C for carbines, and STAR-M for mid-length firearms.  All of their handguards have variants that support piston-operated ARs and they offer them packaged together with Adams piston conversion kits if your rifle isn’t already equipped with one.

In addition to being free-floating, Samson rails don’t use proprietary barrel nut hardware.  You don’t have to change your barrel nut at all, just slide a thermal bushing between it and the handguard and screw it all down, tight. 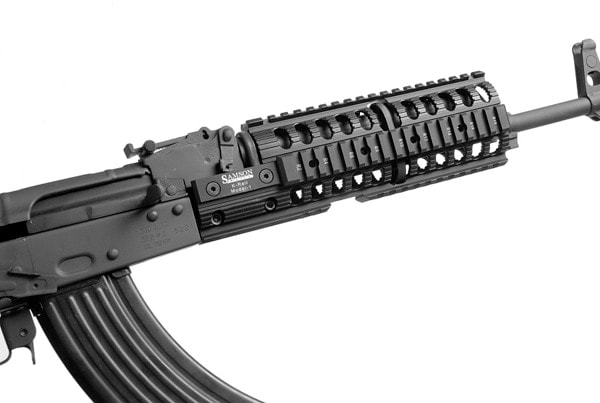 And even if you don’t want to go full-tilt into Picatinny mania, but still want a sturdy way to affix a light or pistol grip to you existing AR without modification, they have a modular clamp-on universal rail system, MATR, (modular accessory tactical rail) that works with your vanilla AR handguards no problem. 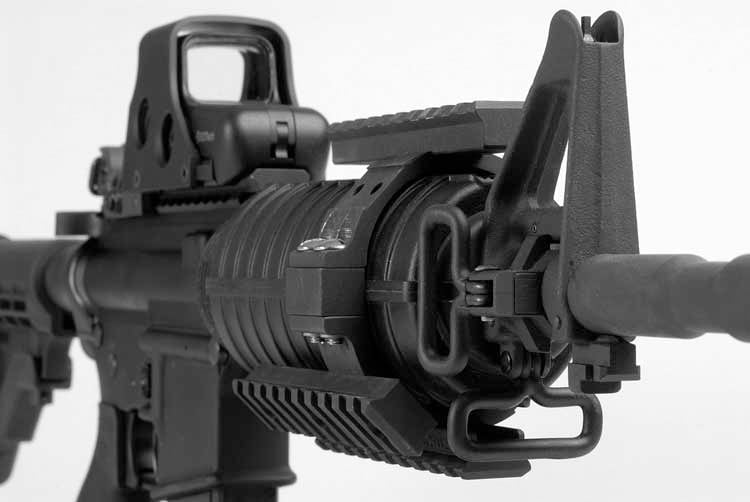 Samson’s products are a little on the spendy side, especially if you’ve got an AK and you’re used to everything costing peanuts, but they’re absolutely battle-proven and in great use by our armed forces.  But they’re in their own class as far as durability and quality go.  They’re a Massachusetts company with over two decades of experience and a strong following.

And our hat’s off to them and their excellent products.