Killing in the Name of Self-Defense: Florida’s ‘Stand Your Ground’ Law

According to Brooklyn Law School, the ‘Stand Your Ground’ law amended Florida’s self-defense laws in the following way:

Deadly force is OK if someone breaks into your home, car or boat

By all accounts it expanded the circumstances in which one can legally use deadly force to defend himself/herself.  Moreover, it brought an additional element of subjectivity to the law.  No longer does one have to prove he/she was trapped or in a perilous situation where escape was impossible to justify the use of deadly force, now a defendant only has to demonstrate that he/she felt his/her life was in danger.

As a result of this expansion of self-defense rights, there has been a surge of defendants seeking to claim they acted in self-defense, under the ‘Stand Your Ground,’ when they used deadly force.  Are their claims justified?  Or were they too quick to pull the trigger?

The Florida Sun Sentinel recently published an article that discusses some of the cases in which the ‘Stand Your Ground’ law was invoked to exonerate individuals who used deadly force.  One additional note of interest in reviewing these cases is that not all of the accused were tried in a courtroom before a jury of their peers.  Rather, a Florida Supreme Court decision ruled that a judge could evaluate the merits of a defendant’s claim to protection under the ‘Stand Your Ground’ law before trial and if the judge believed the claim was justified, he/she could outright dismiss the charges against the defendant.

The first case discussed is a situation where first-degree murder charges were indeed dismissed by the presiding judge, forgoing a trail.

Here is a review of the facts as published in the Sun Sentinel:

What happened: In interviews with police, Michael Monahan said two men, Raymond “Ramie” Mohlman and Matthew Vittum, had tried to remove him from the sailboat, which he had bought from Mohlman six months earlier for $1,000.

What the court said: Judge Richard Oftedahl said, in part, that the law didn’t require the men either to be armed or actually commit physical violence for Michael Monahan to have a reasonable fear that they would either kill or severely harm him aboard the boat that had been his home since October 2010.

What one of the victim’s family members said: For Judy Mohlman, the release of the man who fatally shot her son, leaves her with more questions than answers. She said her son “wasn’t perfect” but also believes Monahan got away with murder. “The hardest part is not getting anymore phone calls from him,” Judy Monahan said of her son. “I miss hearing his voice.”

Monahan, who is a 65 year-old disabled veteran, killed both men. 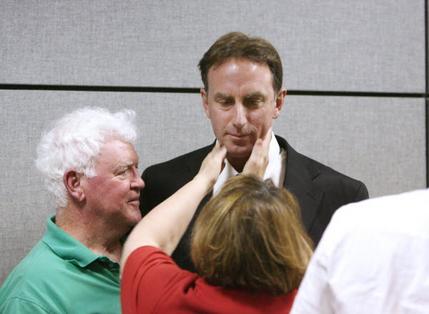 What happened: Timothy McTigue was at the boating dock when Michael Palmer and his friends approached the dock to unload Palmer’s boat, according to police reports. The two men exchanged words and then the two men were punching each other on the dock and fell into the water.

McTigue maintains Palmer tried to drown him, and he played dead so that Palmer would stop, according to police reports. When Palmer, as he was climbing back onto the dock, saw that McTigue had surfaced, he threatened McTigue, according to what McTigue told his girlfriend. McTigue then fired his Colt .45-caliber pistol, killing Palmer with a shot to his head.

A few points of clarity, McTigue faced second-degree murder charges.  He was tried and acquitted by a jury in 2010.  He shot Palmer in the back of the head with his as Palmer was climbing out of the water. 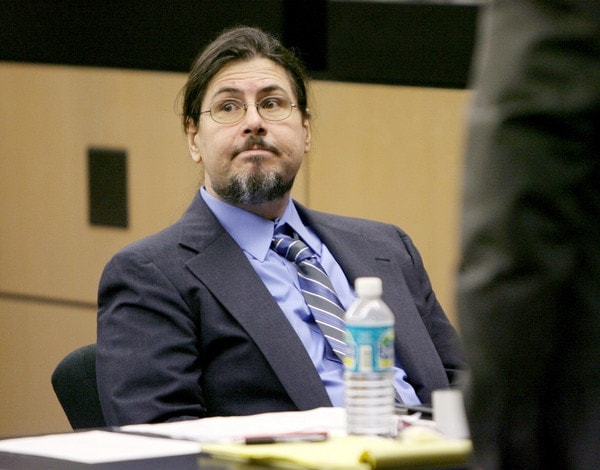 What happened: Norman Borden was walking his four dogs near his home in the Westgate neighborhood west of West Palm Beach with his friend. It was after 2 a.m., in the rough neighborhood where homeless settle and gang activity has grown.

There was an altercation between Borden and Juan Mendez, 21, and Christopher Araujo, 19. Heated words were exchanged, the men reportedly threatened to hurt Borden’s dogs. He showed them he had a gun.

But it wasn’t over. The men sped away and picked up Saul Trejo, 21, a documented member of a violent gang. Armed with bats, they headed straight to Borden, and he fired.

Again, a few points of clarity: the presiding judge William Berger evaluated the case under the ‘Stand Your Ground’ law and decided not to dismiss the charges.  Borden was tried in 2007 and acquitted of murder.  He killed two men, Christopher Araujo, 19, and Saul Trejo, 21.

Perhaps the biggest issue concerning the ‘Stand Your Ground’ law is not the expansion of self-defense rights, but the fact that judges have the authority to dismiss charges, especially serious charges like first-degree murder.

In response to the Monahan case, Assistant State Attorney Jacqueline Charbonneau wrote, “The question of whether the defendant acted in self-defense … is a question for the jury to decide.”

Is Charbonneau right about this?  Should cases in which someone is killed always be tried in a courtroom?  Or is it, in some cases, a waste of resources?

Also, and back to the initial questions, were these individuals justified in using deadly force?  Or were they too quick to pull the trigger?