Starting last August, the U.S. Army began its annual inventions competition at the Aberdeen proving ground, and after deliberating for weeks, they have come up with their top ten advances in military hardware. Some of it is incremental and evolved from existing hardware, and some is completely new, innovative tech getting rolled out ASAP to help out in the field. It’s all cool. In no particular order: 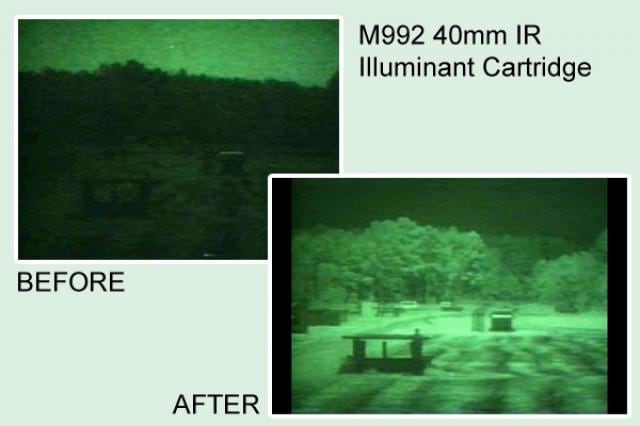 The M992 40mm Infrared Illuminant Cartridge. It’s a grenade-launched flare that operates in the infrared spectrum and boosts the performance of night-vision equipment without giving anything away to people without it. It greatly improves the effective range of infrared optics, and therefore, the troops. 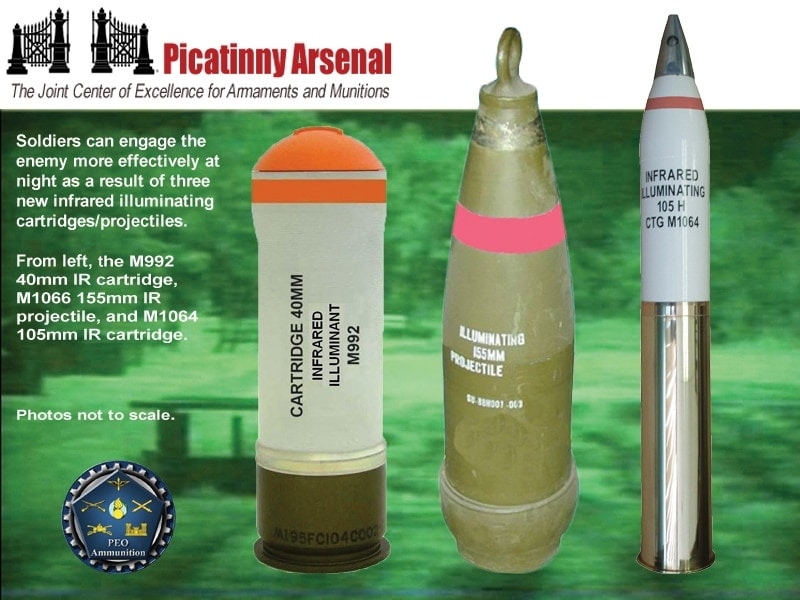 Then there’s the Green Eyes (top image).  It’s a high-frequency focused wide-band super spotlight (top) that will make you blind faster than an IV drip of paint thinner.  At least, temporarily.  It works with the CROWS system, a remote-operated turret that is aimed via wire; the gunner gets to stay safe within the vehicle. 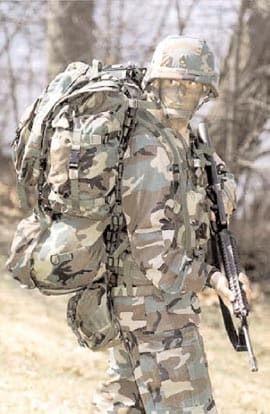 Also at the top is SWIPES, the Soldier Wearable Integrated Power Equipment System.  Soldier’s force-multiplying hardware for the most part runs on batteries.  SWIPES is a central power pack that slips over an existing MOLLE rig and powers all those nifty-cool gadgets so there’s less worry about needing a few dozen extra batteries wherever you go. 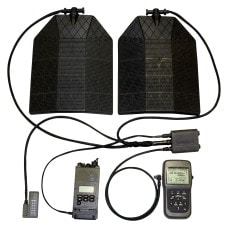 Another winner is the Mortar Fire Control System, Dismounted.  It’s a new mortar targeting system that boots up in two minutes rather than twelve, making mortar teams much faster to deploy and easier to move around.  Shoot then move, baby. 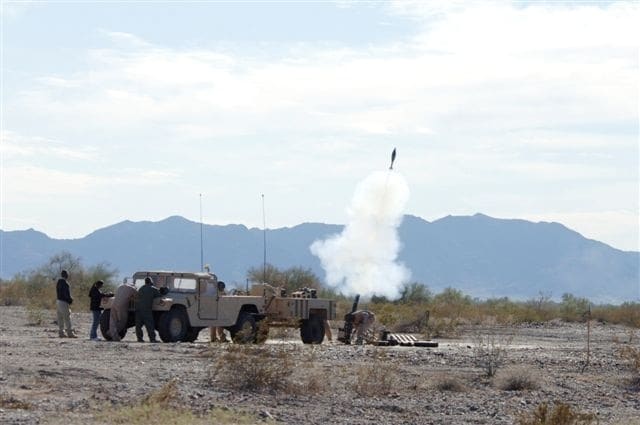 There are several IED-centric inventions, IED detectors, IED disposal robots, and IED screens for roadside deployment to prevent IED traps.  There’s a new radio platform and a burn-triage kit that will no doubt be useful, as well.  But the most popular of all of these inventions is probably the cheapest and easiest to deploy.  The new 5.56mm M855A1 Enhanced Performance Round.

“This afternoon on Military.com I wrote a story about the Army’s new M855A1 ammo. As the story says, the Army found the new steel penetrator round can punch through steel, concrete, glass and even some foreign steel and ceramic rifle armor plates at pretty substantial distances (in the 300-400 meter range for most, and 40-80 meters for concrete).”  Plus, look ma, no lead.  It’s green, ha! 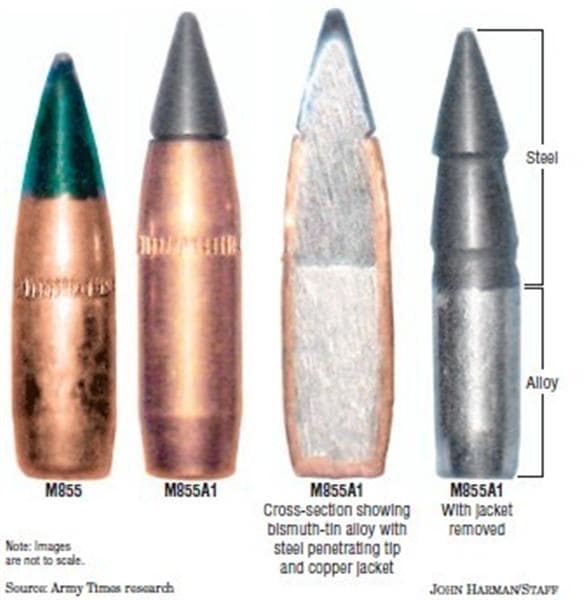 They’re not all military-industrial complex inventions, either.  Some were thunk up by the soldiers themselves, like this one: “Staff Sgt. Vincent Winkowski and fellow members of the 1st Battalion, 133rd Infantry Regiment of the Iowa National Guard originally rigged their own prototype design for this high-capacity ammunition carriage system enables a machine gunner to carry and fire up to 500 rounds of linked ammunition from a rucksack-like carrier.”