Ah, Victoriana.  The triumph of man over pretty much everything was due course.  Forty years before the Wright brothers there was a man by the name of R. Finley Hunt.  Like the brothers, his real talents lied elsewhere.  Although while the Wrights had some mechanical aptitude, Hunt was a dentist.  He still managed to get president Jefferson Davis’ attention, though.

His designs and letters were just discovered, some 150 years later.  And they’re as audacious as they are valuable; they’re up for auction at the Space and Aviation auction September 15-22, along side the first bible to go to the moon and multiple letters from astronauts.  It’s one set of over 800 air and spaceflight artifacts. 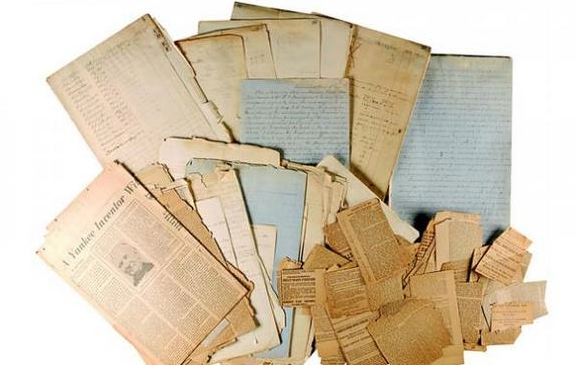 “The hardback collection includes pencil drawings of wings, propellers and a multicylinder steam engine. Hunt’s designs drew inspiration from his love of studying any and all flying methods found in nature, despite his own lack of professional expertise.” 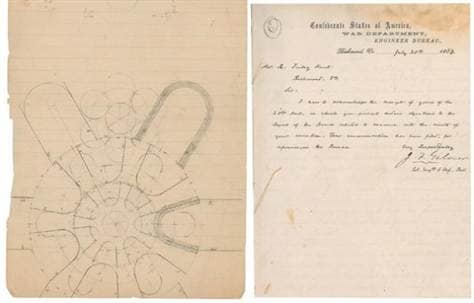 One thing definitely separates Hunt’s craft from the one that would eventually fly at Kitty Hawk was its purpose.  While the Wright brothers wanted to take people into the sky, Hunt wanted to take bombs there.  Bombs and guns, to use at a time of war against the North.  Suck it, Bernoulli.

Actually, he wasn’t alone there.  Hiram Maxim of the Maxim machine gun was also an aviation enthusiast and a few years later, started an amusement park to fund his similar flying war machine project.  (That’s his prototype flier at the top.) 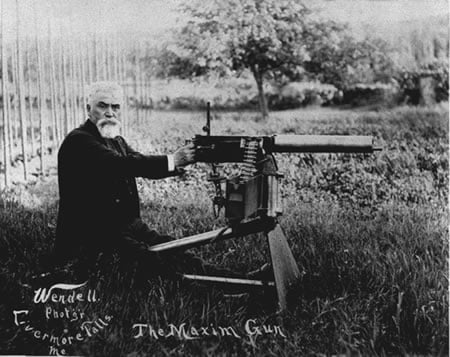 Yes, Hunt’s flier was a weapon of war, not just a scout craft like the type used for decades; even at the time armies used hot-air balloons to survey battlefields from a supreme vantage point.  His would have made short work of those early aerostats.  That is, if it worked.

“But Hunt found it difficult to find an engineer willing to build the device, despite getting the help of Confederate president Jefferson Davis to have the proposal considered. Letters between Hunt and a Confederate review board show that other engineers had strong doubts about the ‘steam flying machine.’ 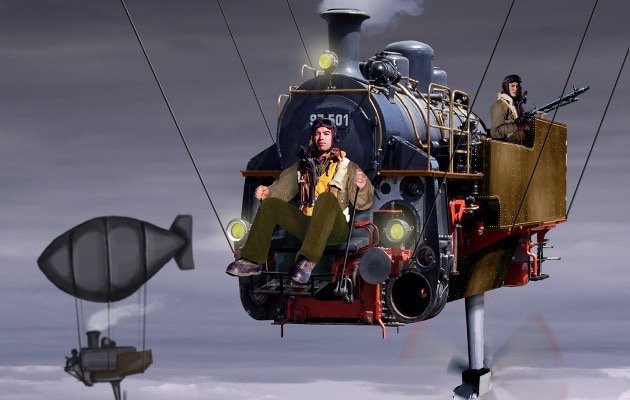 “First, the engineers said Hunt had dramatically overestimated the engine’s power and ability to keep the machine flying. They also described another error in Hunt’s reasoning as being ‘so obvious on reflection that no discussion is required.'”

He fought that and wound up writing the Confederate president directly, and after a long time and a lot of talk, it was finally scrapped; not because they didn’t want to try, but because trying would have cost too much money. 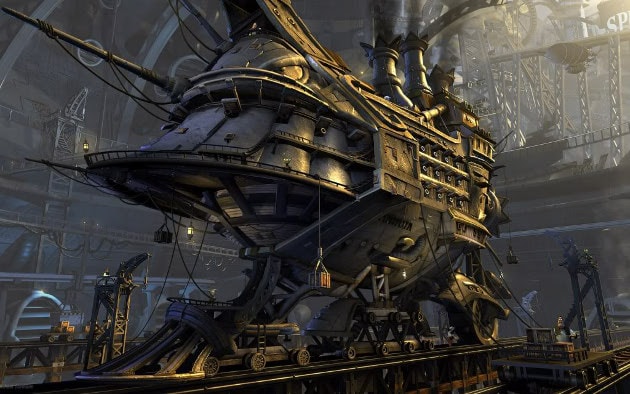 Do you think, if it worked, it would have greatly affected the Civil War, or would the North have countered with their own steampunk fliers?  And still there’s the real question, how long ’til they try this on Mythbusters?