Feds Ban Carolina Man From Hunting Anywhere in the World

Robert L Poteat killed a 14-point white-tailed deer in Hart County, KY, on November 27, 2010.  He then transported the dead animal across state lines, bringing it to his home in Salisbury, NC. Poteat did not have a non-resident hunting license or a deer permit prior to hunting in Kentucky.  He also failed to fill out the state required paperwork for harvesting deer and transporting them outside the state.

In addition to his deer crimes, Poteat also made the same mistakes with a bobcat.  No non-resident license.  No bobcat permit.  And, no paperwork recording the kill.

Last week, Salisbury was sentenced for his illegal behavior.  The U.S. District Court in Kentucky announced that Poteat would be banned from hunting anywhere in the world for two years as a condition of his unsupervised probation.

In addition to the ban, Poteat agreed to pay the Kentucky Department of Fish and Wildlife Resources $5,300 in restitution, and $50 in special penalty assessments.  The fees are to pay for the time Poteat spent hunting in Kentucky illegally, from 2002 to 2011 according to court records.

As the old saying goes, the wheels of justice grind slow but exceedingly fine.

In all seriousness, does the punishment fit the crime?  Would you give up two years of hunting for a 14-point buck and a bobcat? 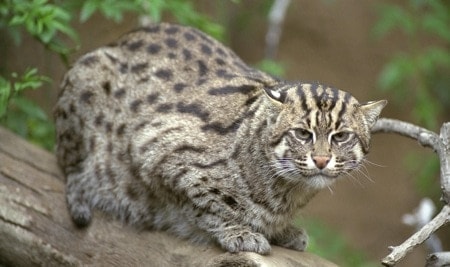