Let’s repeat: correlation is not causation.  The fact that gun sales, gun ownership, and gun enthusiasm have all gone up steadily in this country, despite more- and less-restrictive gun control laws, does not directly factor in the number of gun-related deaths going down.  There’s a lot more to it than the existence of guns, as anyone who’s read Freakonomics understands.  Also, go read Freakonomics.  Super Freakonomics was OK, but yeah, they were in it for the fat stacks.

What is true, and this is data from the CDC, the happeningest public health agency on the planet, is that the increasing number of guns and gun owners does not contribute to gun-related deaths.

As gun owners have known for a long time, more guns does not equal the Wild West.

Also, there was no “Wild West” as far as murder was concerned.  We’re sick of that analogy and it needs to end.  Here’s some factual facts: 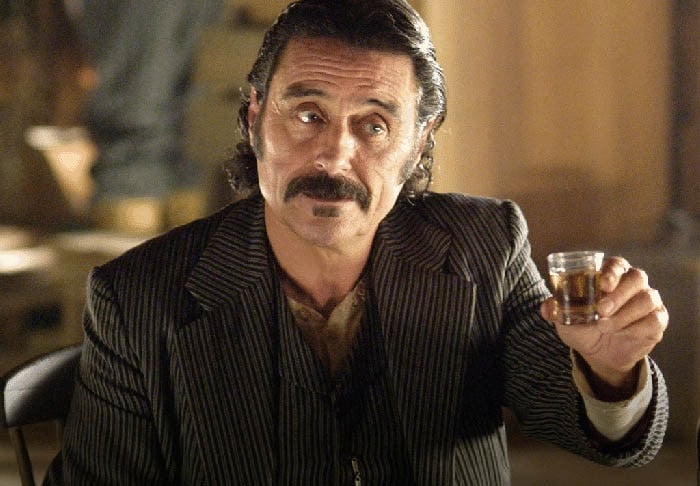 “How many murders do you suppose these old western towns saw a year? Let’s say the bloodiest, gun-slingingest of the famous cattle towns with the cowboys doing quick-draws at high noon every other day. A hundred? More?

“How about five? That was the most murders any old-west town saw in any one year. Ever. Most towns averaged about 1.5 murders a year, and not all of those were shooting. You were way more likely to be murdered in Baltimore in 2008 than you were in Tombstone in 1881, the year of the famous gunfight at the OK Corral (body count: three) and the town’s most violent year ever.”

Look, if Cracked gets it, what does that say about people who don’t?  But as far as highly-researched primary sources go, it’s, well, probably not the best.  Thankfully, the guys behind Walls of the City are quick with the citations and graphs. 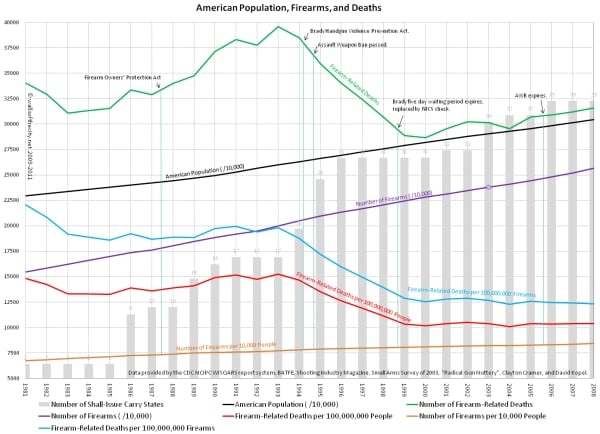 “Assuming the number of firearms in common circulation describes the X-axis of a graph, and assuming the number of firearm-related fatalities describes the Y-axis of a graph, the equation necessary to describe the closest-fit line is: Y = -0.00004X + 40646. The ‘r’-value for this line is -0.37031, and the R2 value for this line is 0.13713.

So thank you Walls.  OK, the CDC gets some credit, too.  But Walls made all the pretty charts.