In an effort to keep politics out of medical examination rooms, Governor Rick Scott of Florida signed, what is commonly referred to as the, “Guns and Doctors Bill” into law.

The law, which was passed by the Florida State Senate 27-10, took effect on June 2 and forbids physicians from asking about a patient’s firearms unless it is “relevant to a patient’s medical care or safety, or the safety of others.”

The legislation was conceived after reports surfaced detailing the discriminatory actions of doctors when patients refused to answer questions regarding their position(s) on guns.  The most notable case was the “Ocala incident,” where a young mother was allegedly dropped by her doctor’s practice for not disclosing information related to gun ownership.

But this past Wednesday a federal judge blocked the law on the grounds that it violated the First Amendment rights of doctors in addition to pointing out the seeming superfluity of the law.

Judge Marcia G. Cooke ruled, “The State has attempted to inveigle this Court to cast this matter as a Second Amendment case,” she wrote.  “Despite the State’s insistence that the right to “keep arms” is the primary constitutional right at issue in this litigation, a plain reading of the statute reveals that this law in no way affects such rights.”

Cooke not only said the law was unnecessary, but pretty much called it stupid, “I will not speak to the wisdom of the legislation now before me. Questions of a law’s constitutionality do not create ‘a license for courts to judge the wisdom, faimess, or logic of legislative choices.’” 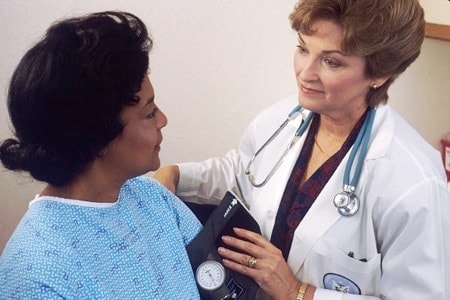 In truth Cooke is right.  This law is ineffectual and pointless.

Here are five reasons why.

1.  Doctors can still ask you about firearms if they “feel it relevant to a patient’s medical care or safety, or the safety of others.”  So, the law doesn’t really prohibit discussions related to firearms, it more or less discourages them.  Therefore, a physician can still ask you about firearms and just claim his questions were in the best interest of (you) the patient.

2.  The impetus for the law was one anomalous case.  As Cooke’s ruling states, “The legislative debates on this bill reveal that the legislature relied heavily on anecdotal information about physicians asking patients about firearm ownership… It does not appear that the Florida legislature relied on any studies, research, or statistics on physicians’ practices or patients’ experiences on this issue.”

3.  Doctors can still drop you: “The State also clarifies that, although the anti-discrimination provision prohibits physicians from discriminating against a patient solely based on firearm ownership, it does not alter existing law that allows a physician to terminate the doctor-patient relationship… The antidiscrimination provision therefore provides only remote, if any, support for the State’s asserted purpose.”  In other words, if a doctor doesn’t like you, then for whatever reason, you’re gone. Will you have recourse?  Perhaps, but you have to prove there was discrimination.  And as mentioned, it becomes an issue of your word against his.

4.  Commonsense has already kicked in. “The evidence on the record shows that practitioners have eliminated questions about firearm ownership from intake questionnaires and either curtailed or stopped routine counseling on firearm safety as a result of this law. Practitioners are self-censoring themselves out of fear disciplinary actions.”  No kidding.  Talk to any doctor and he’s got enough stuff to worry about between malpractice lawsuits, Obamacare, etc.  The last thing he needs is a lawsuit claiming that he made an offensive comment concerning your .38.  Doctors are smart, and one would imagine that they’ve already adjusted to this threat against their business.

5.  Lastly, I thought we were a community that valued self-reliance?  If a physician asks you something you don’t want to answer it, don’t answer it.  Or lie.  And if he drops you because he doesn’t like your answer, find a new doctor.  “Wait a minute!” you might say, “That’s unfair!  Not all doctor’s take Medicaid.”  No, they don’t. Why should they?  Doctors have rights too.

This law says nothing and does nothing to change the physician-patient relationship.  It was designed by the talking heads to curry favor with gun owners.  But if one looks at it closely it’s clear it’s a waste of paper.  An open relationship with your doctor is important.  And it’s okay if you don’t agree on everything.  Instead of running out of the office claiming you’re a victim, try talking intelligently to your doctor about your position.  He’s not the only one who can pass along useful information.