This is an interesting take on Steve Strand’s Montana Radio Shack Dish Network promotion.  Earlier this year, the Rockies-based Dish Network partner was giving away pizza coupons, single-shot Baikal shotguns, and Hi-Point .380s with contracts for satellite TV.  It was popular, particularly with the media, heh.  Actually, we don’t know if he’s still giving away guns since our Montana office isn’t yet up and running.

MerchantServices.com is a credit card processing company out of Florida, and they’re giving away guns to business owners who switch over to them. 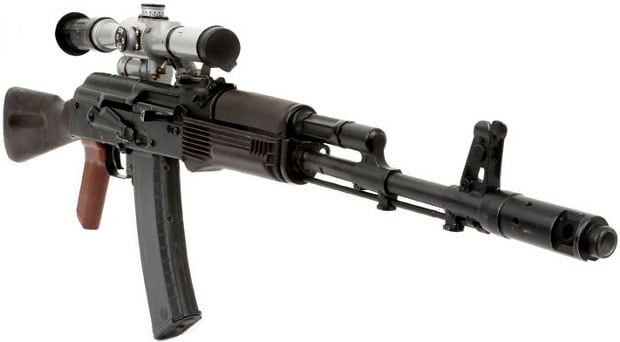 “Keep in mind we are not simply handing out AK-47 assault rifles to anyone who opens an account with us. Instead, you will receive a voucher that can be used towards the purchase of a firearm at any reputable gun shop where you must go through the proper background checks and waiting period that the law requires. If you prefer, the voucher can also be redeemed for cash.” 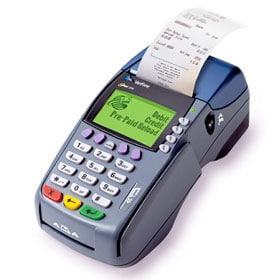 Granted, you have to have a million-dollar per-year account and a business with fifteen or more locations in order to get the $750 voucher, which means you can probably afford your own damn AK, but you can get lesser vouchers if you do less business with them, too.  Plus, if you already have a business that could qualify but you’re using a different credit card processing company, switching to them for an AK might just be frosting on the cake.

It’s part of their No Merchant Victims campaign, which also includes business insurance and other merchant protection services not limited to the ability to return fire.  But since most people aren’t running their own business in the first place, well, this is fully in the media stunt camp.

But we’re really OK with that.  Why?  Guns, man, guns.  It’s in our name.  It is our name.  While this is one company serving a niche market and getting attention for something that’s really nothing, it goes to make the idea of guns as just another great thing you can have in this country more acceptable.

If credit-processing services are giving away guns with their sales, along with Radio Shacks and car dealerships, the more and more OK people are with guns.  So if you’re in a position to benefit from this promotion, more power to you.  And then let us know what you’re gonna get with your shiny new voucher.