The XR9-S is a very different pistol.  It’s not very often someone rethinks the way a firearm should work quite to this degree.  For starters, you load the magazine backwards.  It looks like a pistol intended for the people of the 21st century; what a coincidence, that’s us. 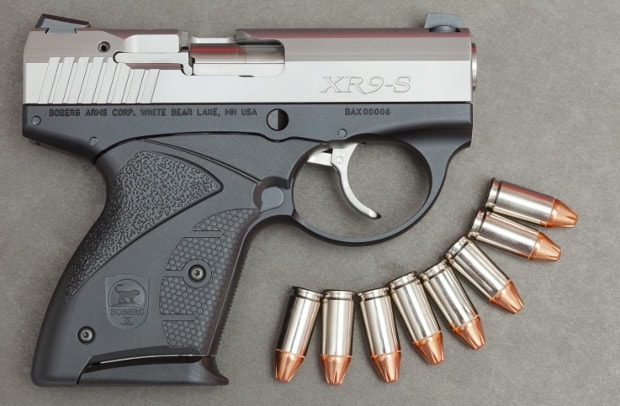 Boberg’s managed to cram 7+1 rounds of 9mm into a single-stack alloy-framed pistol that you could cover up with a dollar bill, provided you cut off a bit of the single and sorta moved it over the bottom part of the grip.  You’re right, that’s not the interesting bit; it also has a 3.35″ barrel.  With a claw that makes Mausers feel inadequate, the XR9 uses a lifting feeding mechanism that, when the gun is in battery, slides down under the chamber of the gun.

With the feeder out of the way, the barrel can be locks up all the way to the back of the magazine, effectively giving it an extra inch without changing the overall dimensions of a pocket pistol.  The action also uses a rotating locked-breach barrel for additionally reduced recoil.  All of this promises a pocket pistol you can take to the range and actually shoot for fun, as opposed to just to make sure it works fine. 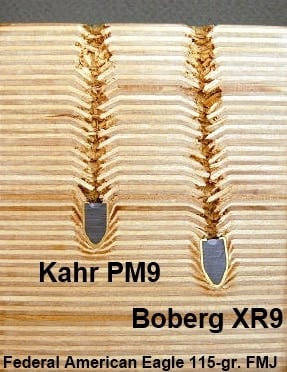 This stuff might not be news to you since the gun’s been “in production” or “in testing” for years now.  But miracle of miracles, this independent gun manufacturer has managed to pull a big one, and get to shelves a very small gun.

Actually, “shelves” is sort of a lie since you can’t get them in stores.  You have to order them directly from Boberg, which means getting in line.  They’re capable of making about 80 a month; we wonder if there’s more than just Boberg doing any assembly work.  They’re also expensive, at $950 (American-made!) but in a way, that’s good news, right?  Means fewer people in line ahead of you?

But hey, that might not be an issue for someone who really, really wants an all-metal pocket pistol, one with a smooth and not terribly long or heavy double-action-only trigger, (5.5lbs) that’s five inches long, four inches tall, and less than an inch wide.  With an empty magazine, it only weighs 17.5 ounces, and is welded together with freaking lasers.

What’s still to come, you ask since there’s always something still to come?  Handily enough, a service-length single-stack, the XR9-No S, with a four-inch barrel and a stub of a rail for, well you know, freaking lasers. You can see more photos of both guns and their development from prototype to final product here. These guns have roughly the same length barrels, 3.35″ for the XR9-S and 3.46″ for the G26; the Glock is about .3″ wider, holds 3 more rounds of 9mm, and weighs two ounces more empty.  Here are their ballistics compared: 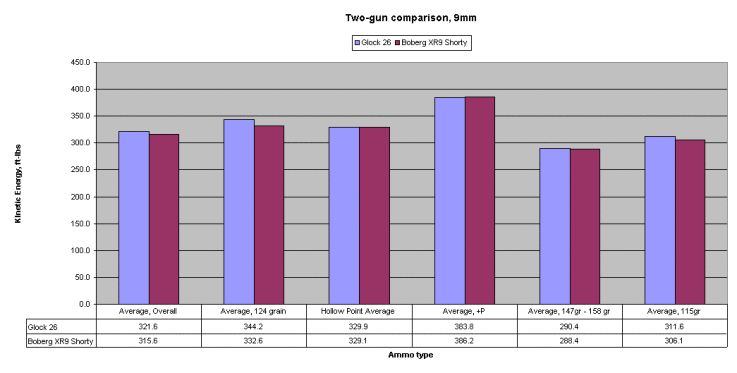 Here’s a video comparison of the XR9-S to a whole bunch of other pistols: