The death of U.S. Border Patrol Agent Brian Terry was one of the tragic consequences of the ATF’s botched sting Operation: Fast & Furious.  Agent Terry was shot and killed on December 14, 2010, by members of an infamous Mexican drug cartel in Rio Rico, Arizona.  Investigators later determined that two of the weapons found at the crime scene were ‘walked’ into Mexico as part of Operation: Fast & Furious.

However, several days ago CBS News published a secret recording between a lead ATF agent and a gun store owner that suggests a third weapon was found at the crime scene.  This of course raises many questions.  The least of which is why wasn’t this third gun included in the ballistic reports or the court records?

The recording, which can be heard here, is a conversation between ATF case agent Hope MacAllister and Andre Howard, owner of the Lone Wolf Trading Company in Glendale, AZ.  Howard sold weapons to known traffickers at the behest of the ATF.  The time of the recording is said to be around mid-March 2011.  Here is a transcription of the audio:

Agent: Well there was two.

Dealer: I know that.

Agent: And yes, there’s serial numbers for all three.

Agent: Two of them came from this store.

Dealer: I understand that.

Agent: There’s an SKS that I don’t think came from…. Dallas or Texas or something like that.

Dealer: I know. talking about the AK’s

Agent: The two AK’s came from this store.

Dealer: I know that.

Dealer: I did the Goddamned trace

Agent: Third weapon is the SKS has nothing to do with it.

Dealer: That didn’t come from me.

Agent: No and there is that’s my knowledge. and I spoke to someone who would know those are the only ones they have. So this is the agent who’s working the case, all I can go by is what she told me. 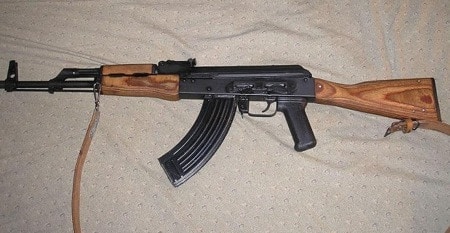 The court records and the ballistic reports turned over to Congressional investigators only mention the two weapons sold by Howard’s store: Romanian WASR “AK-47 type” assault rifles.  And the ballistic reports were inconclusive in determining whether either rifle fired the bullets that killed agent Terry.  This of course raises more questions about that third gun, was that the gun that fired the bullets that killed agent Terry?  If so, where is it?  What happened to that third gun?

What’s also troubling in this is back and forth between the agencies involved and the sharing of information critical to the investigation.  According to the CBS News report:

Law enforcement sources and others close to the Congressional investigation say the Justice Department’s Inspector General obtained the audio tapes several months ago as part of its investigation into Fast and Furious. 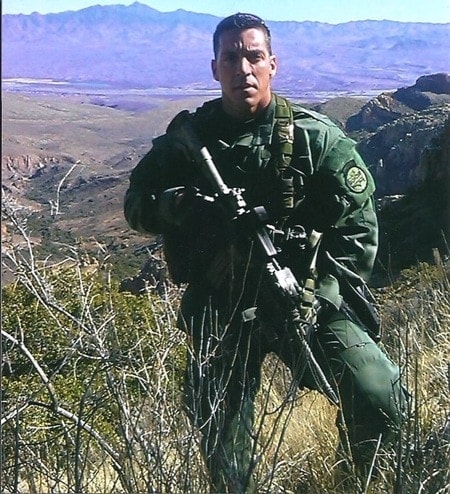 After reading the CBS News report, a spokesman for the Office of the Inspector General said, “The OIG officially provided the United States Attorney’s Office with a copy of the recordings in question so that the USAO could consider them in connection with the government’s disclosure obligations in the pending criminal prosecutions of the gun traffickers. Prior to receiving the tapes, the OIG made clear that we would have to provide a copy of the recordings to the United States Attorney’s Office because they would need to review them to satisfy any legal disclosure obligations.”

So it appears as though the sharing of the tapes and recordings was part of official legal policy and procedure.

Nevertheless, between the lies told by U.S. Attorney General Eric Holder, the recent reassignment of many of the lead Agents involved, ATF Director Melson’s resignation, and now these tapes mentioning a missing third weapon at agent Terry’s crime scene, it appears that Operation Fast & Furious has the symptoms of a full-scale government cover-up.  As is often said, where there is smoke, there’s fire.