Walgreens Employee Fired For Shooting Back At Robbers

It’s 4:30 a.m.  You’re working behind the pharmacy counter at your local Walgreens in Benton Harbor, Michigan.  Two armed robbers wearing masks burst in the store.  One holds a fellow employee at gunpoint as the other heads towards your area.  When he reaches your section he jumps the pharmacy counter and hurls himself toward you.  He points his small handgun at you and pulls the trigger no less than 3 times.

For an unknown reason, the gun does not fire.  You’re still alive.  Although you’re scared for your life, your training and instincts take over and you pull you’re concealed firearm (yes, you are a responsible gun owner with a CCW permit) and fire shots back at the robber. 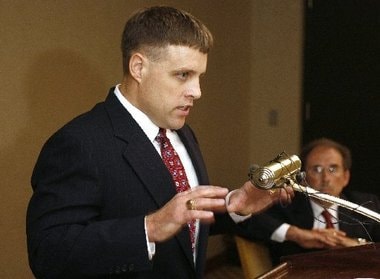 Seeing the gun and hearing the shots the two robbers flee for their lives.  During the melee, you also attempted to phone 911.  Given the circumstance, you did everything in your power to defend yourself and the store.  And, at the end of the day, no one is injured and nothing from the store has been taken.

By all accounts everyone believes you acted heroically. That is, everyone but the person(s) that cuts your paycheck.  For your bravery in the face of real danger your employer – Walgreens – awards you with a pink slip.  They tell you, in no uncertain terms, to “hit the bricks.”

Their reasoning for letting you go is explained in a brief statement:

“Store employees receive comprehensive training on how to react and respond to a potential robbery situation. Law enforcement strongly advises against confrontation of crime suspects.”

So far this article has read like a hypothetical scenario.  But in fact, it’s the true story of Michigan Pharmacist Jeremy Hoven.

Hoven has decided to file a wrongful termination lawsuit against Walgreens.  His lawyer, Peter Kosick, released a statement saying his client,

“Was exercising his reasonable right of self-defense in the face of a gunman who attempted to pull a trigger three times and shoot him.”

Township police Lt. Delman Lange, after reviewing surveillance video, believes they were.  He told a local newspaper, “If it was me, I would have done the same thing.”

I’m sure most of us share Lt. Lange’s thoughts.  Here is an edited version of the surveillance video:

This incident certainly raises some interesting questions, such as does Walgreens have a right to terminate Hoven on the grounds that he went against company policy to defend himself?

According to reports, Walgreen employees are prohibited from carrying firearms.

And if Walgreens has that right, does it send a broader message that people in our society will be (or should be) punished for defending themselves?