From Battle-tested to Battle-perfected: the M14 becomes the MK14

Have you taken a minute to drool over a newly enhanced battle rifle today?  I’m guessing a lot of you have, but oh man, what they did to the old M14 is truly astounding. I’m talking about the new M14 ALCS Sage International EBR Chassis, which turned that wonderful old warhorse M14, basically a mid-20th century battle rifle, into an ultra-modern weapon system, the MK14 Model 0. 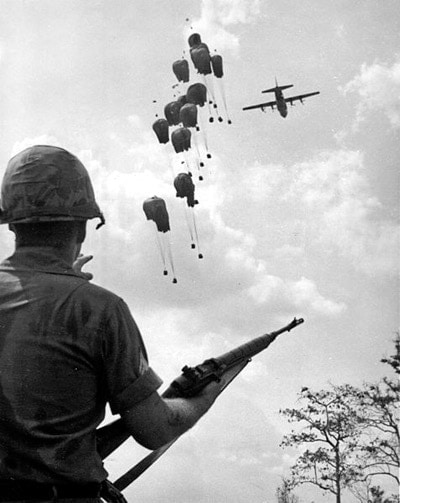 Yes, like a lot of us, I have really fond memories of the M14. It was born out of war and served in harm’s way on too numerous battlefields to mention here.  In the hands of a competent shooter it can knock down endless targets both near and far with incredible consistency.  So, as I’m guessing you did too, I had some misgivings when I heard the rumors about a company coming along to make a whole grocery list of the changes to one of the most battle tested rifles. But I have to confess that the end result is something to behold, now less battle tested and more battle-perfected.

Turning what, in essence, was a Cold War design into a modern weapon system is no small undertaking. But when the folks who were involved in special operations said that they needed lights, lasers, unique optics, special web slings and other accoutrements, they decided to have a go at making the M14 more user friendly.

Their initial attention was drawn to the standard M14 stock. In order to correct what they viewed as shortcomings to the stock, aircraft grade aluminum was machined to accept the M14 barreled action. What of the old stock? Well, it was just tossed aside. The new buttstock is equipped with an adjustable cheek-piece for right or left-handed shooters, and it can be raised or lowered to allow the shooter to have his or her eye correctly aligned behind the optics while still maintaining a proper cheek-weld. It is also telescopic and moves on two internal rails so that the length of pull can be adjusted to the individual shooter. There is a great ergonomically-correct fore-end pistol grip that is interchangeable with most any ERGO grip. That makes the rifle far easier to handle. The former stock is now referred to as chassis stock system. I don’t know, I’m kind of getting up there in age and it’s still a stock to me.

The standard iron sights were kept so that they could always be available as a backup, but a Military Standard 1913 rail replaced the old stripper clip so that a rear mounted scope has a second attachment point. The 1913 rail also replaced the old hand guard, thereby providing yet more room for red dot or some form of relief optic sights. There’s even enough room now to attach most any night vision scopes.

The lower rail, also 1913, is the perfect choice for mounting bipod legs. That rail system is mounted on the three, six and nine o’clock positions so that various other accessories can easily be mounted.

This new weapon system is now being referred to as the MK14 Model 0. If you look close enough you can still make out the rifle’s heritage. It’s obviously still an M14, but its new ultra-modern profile is pretty impressive. Whether it gets used for long-range shots or close-in work, this modern derivative of a proven battle rifle is sure to please.