Libya: An Accident Waiting To Happen?

Before the revolution began, there were approximately 1.4 million guns in Libya.  Government forces had approximately 500,000 weapons and civilians had approximately 900,000.  There was an average of 15.5 guns per 100 people (as far as its world ranking for gun ownership, Libya was 55).  How much those numbers have swelled during the recent revolution is unclear.  However, what is clear is that now there are a lot of people who have guns that have no idea how to safely use and/or handle them. 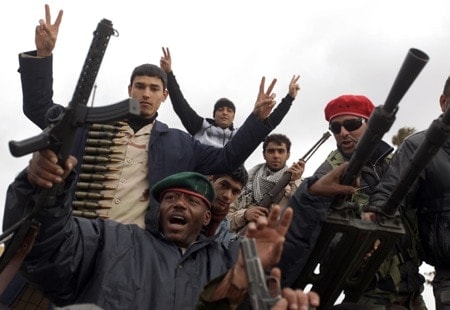 When asked where he obtained the Russian anti-aircraft gun, Fethi Karshman, 49, told the Toronto Star, “We take it from Gadhafi (forces) yesterday.”

The Star then followed up that question with, “do you know how to use it?”  Karshman replied, “No experience. But I am here, so I have experience now. A man, when he thinks, he can do it.” 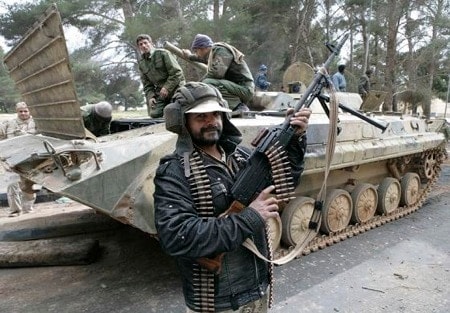 Baptism by fire?  Sure sounds like it.  And, of the many things that should not be learned on the fly (fighter-jet flying, coronary artery bypass surgery, snake charming, etc.), firearm safety is close to the top of that list.

Sure, it’s not difficult to learn how to properly use a firearm.  And for those of us who grew up around firearms, it’s second nature.  We’re constantly vigilant and attentive around firearms.  However, for those who haven’t learned the tenets of firearm safety, i.e. don’t point a weapon at anything you don’t intend to shoot, and worse yet, for those who think they know how to safely use a firearm but in reality have no idea, the potential for disaster is extremely high. 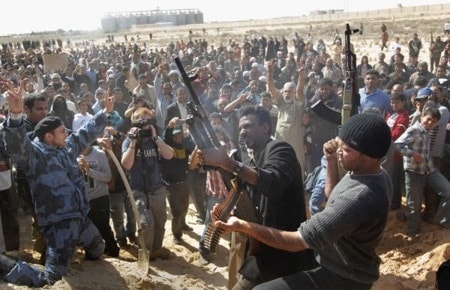 Here’s some more from the Star report:

Guns, all kinds and sizes but mostly Kalashnikovs, are everywhere in Libya. Slung on shoulders of rebel fighters, some just teenagers.

Around 11:30 on a recent night, in the lobby of the seaside Corinthia Hotel in Tripoli, a loud boom was heard. A young man rushed outside holding his left hand, blood dripping on the ground. The rebel had shot himself by accident.

The Libyan people are in an interesting situation with respect to firearms.  Obviously, given the recent upheaval, they’re not going to disarm.  So what do they do to solve this problem?  At this point, they’re probably more dangerous to themselves than the remnants of Gaddafi’s forces.   After all, an enemy with a gun and a lunkhead with a gun can be equally dangerous. 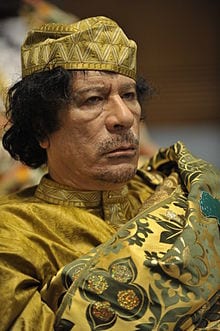 Perhaps, before commandeering and/or importing more firearms, these rebel forces should consider hiring a few range masters.  It would probably go a long way to saving some lives, toes, and fingers.