“I was not a very nice person,” Ms. Wake told an Australian newspaper in 2001. “And it didn’t put me off my breakfast.”  At 89 this was the self-assessment of Captain Nancy Wake British SOE (Ret.) (Special Operations Executive). A brilliant, inventive and highly decorated spy during WW II in France. 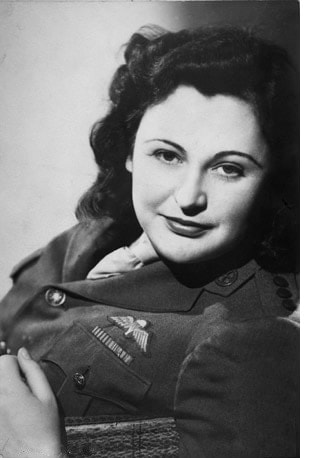 Nancy Wake characterised herself as a “woman who loved nothing more than a good drink and handsome men, especially French men” accordingly she traveled to New York and London training herself as a journalist, after running away from home in Australia at age 16 with a £200 inheritance.

She then settled in Paris eventually working for Hearst newspapers  as a European correspondent in the later part of a decade known as the roaring 20s. Along the way in 1937 she married a French industrialist, Henri Edmond Fiocca and by 1943, at age 31, she was number 1 on the Gestapo’s Most Wanted List with a ₣ 5 million franc price on her head.

While  a freelance journalist Nancy Wake vowed to oppose Fascism when in Vienna in the 1930s, she witnessed Nazi street gangs indiscriminately beating Jews and Romani who did not satisfy their perceived Aryan standards.  This experience changed her forever and she was quoted “my hatred of Nazis was very, very deep” and then proceeded to do something about it.

After Nazi occupation in France she became a courier for the Resistance in 1940 and subsequently joined the network of Captain Ian Garrow who got the valuable assets out of the country (but he did it the tough way—on the ground with local guides, ushering people to freedom through seaports or the mountains to Spain).  Eventually her time came to flee and she made it out of France and on to Britain through the Pyrenees on her 6th try. Her husband was captured, and did not survive ‘questioning’ by the Nazis.  He never revealed her whereabouts.

In Britain she formerly trained in espionage recruited by the SOE and learning fieldcraft and guerrilla tactics, became proficient at hand to hand and graduated the parachute course.  You can see where this is heading and it was straight back to France just prior to D-Day June, 1944.  Her sole mission to was to interfere and disrupt  the Germans patrols and sorties , keeping their focus away from the beaches.  By this time she was part of a Resistance group that had over 7000 partisans who could mount a running battle and then fade back into the country.

Like all facets of her life, she was ahead of her time when she and a fellow operative parachuted into Auvergne in south-central France, April 30th 1944 to link up with a local Maquis (translation-the bush) resistance cells comprised of mostly rural young men who fled conscription into German-Vichy service.

She liaised with London and recruited partisans with her zealous anti Nazi rhetoric and personally led assaults on the regional Gestapo Headquarters and various German installations, and in one instance permanently silenced a SS sentry with a knife prior to a raid. The Nazi’s derisively referred to her as the White Mouse, a reference to her ability to evade capture and a name which stuck with her her entire life among those who knew her. Her exploits became legend.

After the war it was a tough act to follow and for a time she worked in the Intelligence Department of the British Air Ministry and was attached to the embassies in Prague as well as Paris.

Nancy Wake ran for office in Australia a number of times, but enjoyed no success in politics and eventually joined the Secret Service in Australia.
Ms. Wake was the recipient of so many medals for her wartime service she remarked that “she lived out her old age on the proceeds from their sale.”

France bestowed the Legion d’Honneur, the highest military honour from a grateful country and the United States, Australia and Britain decorated her with some of the highest civilian honours given by each.

During an interview in 1987 Wake insisted “she did not have affairs” during her time as a spy, “and in my old age, I regret it” but you see “if I had accommodated one man, the word would have spread, and I would have to accommodate the whole damn lot”.

Captain Nancy Wake died last month at the age of 98. 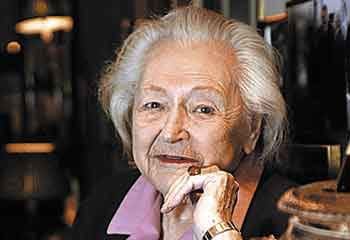