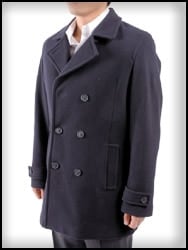 The New York Daily News is running a piece about how bulletproof clothing has a fashion designer, Miguel Caballero.  Caballero, who started his business in the ’90s, originally tailored his body armor to the fashionably-inclined people of Columbia.  He’s since moved on to stitching threads for the North American rich and famous, not limited to but including, “Sean (Diddy) Combs a bulletproof white dinner jacket, tunics for the Wu Tang Clan and a kimono for Steven Seagal, New Yorker writer David Owen reports.”

But let’s be clear, here.  Columbia is the most dangerous country in the Americas, as far as homicide rates go.  Put together, the homicide rates of D.C, Puerto Rico, Louisiana, New Mexico, and Maryland, our most dangerous states (and district) put together, still have a lower murder rate compared to Columbia.  To put it clearly, you are 19.5 times likelier to be murdered in Columbia than in New York. 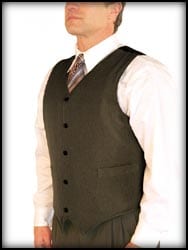 So while we totally understand running an armored clothier’s, we can’t help but think that here in the U.S., at least for most people, most places, the idea of bulletproof and shankproof digs is probably either paranoid, self-promoting, or both.

And in the case of the New York Daily News, definitely a point of politicking.  “Two years ago, Caballero saw the sky-high level of gun violence in the U.S. and thought, ‘Market!’  Best of all, if you get shot in the first six months, which is becoming increasingly likely these days, Caballero will let you trade your purchase in for a new one!

“Only problem: Caballero hasn’t developed a kids’ line yet. With even 2-year-olds getting shot in New York City, we need bulletproof kiddie clothes.”  Man, that shit’s painful to read. 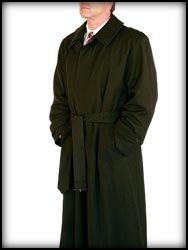 And contrary to what Joanna Malloy would lead you to believe, as our very own CDC’s statistics bear out, you are less likely to be shot today than any other time in living memory.

In other words, the availability of body armor does not increase the chances of people getting into gunfights.

That being said, you gotta check some of this stuff.  Miguel Caballero’s not alone in the business.  There’re other companies like Bullet Blocker, Eagle Protective Wear, and VIP Body Armor.  Hey, we can’t let our bodyguards and detectives look like slobs.  If you’re going to drop at least a grand on a ballistic vest, make it a swanky one.

So the question here, we suppose, is what would it take to get you into a bulletproof overcoat?