Billy Dixon, the Second Battle of Adobe Walls and the Incredible 1,538 yard Shot

Just north of the Canadian River in the Texas panhandle was a trading post known as Adobe Walls. It was erected in 1845 and an Adobe fort was built but after three years of raids by the Comanches it was blown up. In 1864 Kit Carson and three hundred men fought in the ruins of Adobe Walls against a force of several thousand Indians and came out with his top knot still firmly in place. This engagement later became known as The First Battle of Adobe Walls. 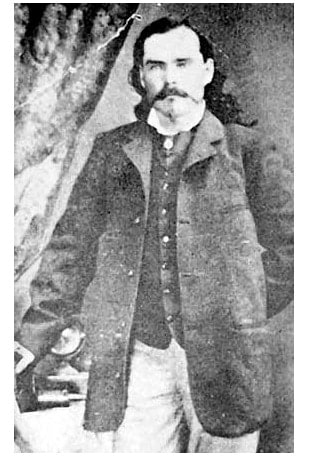 Ten years after the battle some businessmen got together along with some buffalo hunters and decided to rebuild the settlement of Adobe Walls. Soon stores, a blacksmith and a restaurant all opened for business and began catering to the several hundreds of hunters that meandered through from time to time. However the Comanches were no more receptive to this new group than they were to Kit Carson ten years before.

On June 27, 1874 Comanche leader Quanah Parker and medicine man Esa-tai led a force of nearly seven hundred warriors led a raid on the post. Esa-tai had assured a victory against the settlers and had promised that any warrior who took part in the fight would be immune from bullets. There were some twenty nine people in the fort at the time of the attack including a young Bat Masterson and William “Billy” Dixon who had ridden into Adobe Walls a few days earlier. Dixon told the others of the fate that befell his two friends who were captured and tortured to death at the hands of the Comanches. The settlers had no wish to share the same fate.

As luck would have it, around 2 am the lodge pole holding up the roof of the saloon gave up the ghost with such a crack that it woke up pretty much the whole town, so when the raid began the settlers were all awake. Since they were already awake Billy Dixon and saloon owner Jim Hanrahan decided to go buffalo hunting early. Hanrahan sent another settler named Billy Ogg to retrieve some horses that were stashed nearby. Ogg spotted the sheer numbers of Comanche warriors and hightailed it back to the fort at the same time Dixon, who had also spotted the inbound force, returned. 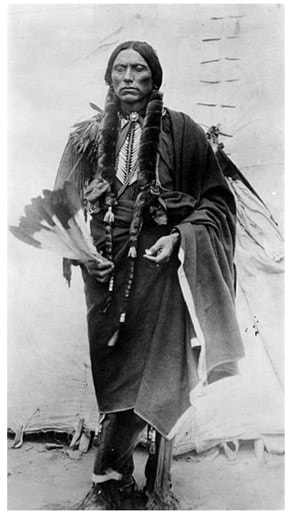 Quanah Parker had lost the element of surprise and the only casualties early on were two brothers who were caught asleep in their wagon and killed along with their dog. Even though the surprise was gone, the first part of the battle went nearly for the Comanches. In close combat the long rifles of the buffalo hunters proved to be more of a hindrance, though miraculously the settlers fended off the Comanche attack with their revolvers and in some cases, their bare hands. The warriors withdrew after they had killed off all of the settlers’ horses, cutting off their only means of escape. They left behind fifteen dead comrades whose bodies were so close to the settlement that they could not be recovered by their fellow Comanches. Only four settlers had died so far.  The raid was not going according to Parker or Esa-tai’s plan.

If the attack was going badly before for Quanah Parker, it went downhill from there. As the Comanches moved away from the fort the thunder of the buffalo hunters rifles, before impractical in the close in raid, soon began to show their usefulness, raining bullets down on the retreating army. The Comanches then moved out of range of the big bores, or so they thought. Esa-tai and a small group of warriors on horseback gathered on a ridge to plan their next move, unfortunately they were spotted by Billy Dixon. Dixon noticed the warriors and asked Bat Masterson to fetch his rifle. Dixon grabbed his Sharps .50-90 (some sources claim it was a .50-70) and despite the ridicule of the others around him, fired a single shot.

Merely a second or so later, Esa-tai slumped over and fell dead from his saddle. The remaining Comanche warriors quickly realized that they were in a bad way and withdrew. The Second Battle of Adobe Walls finally convinced the US Army to get in the game and so began the Red River War which led to the relocation of the Southern Plains Indians to the reservations in Oklahoma and to one of the darkest times in our nation’s history in terms of relations with America’s indigenous people.

Two weeks after Billy Dixon ended Esa-Tai’s bulletproof beliefs some US Army surveyors measured his shot out to a stunning distance of 1,538 yards. Billy Dixon never considered his shot to be anything but luck and rarely bragged or even mentioned it. Dixon gave up buffalo hunting and went to work for the Army as a scout. He would later be awarded the Congressional Medal of Honor for the Buffalo Wallow Fight and retired from service in 1893. He built a home on the site of Adobe Walls and died there peacefully on March 9, 1913 at the age of 63. 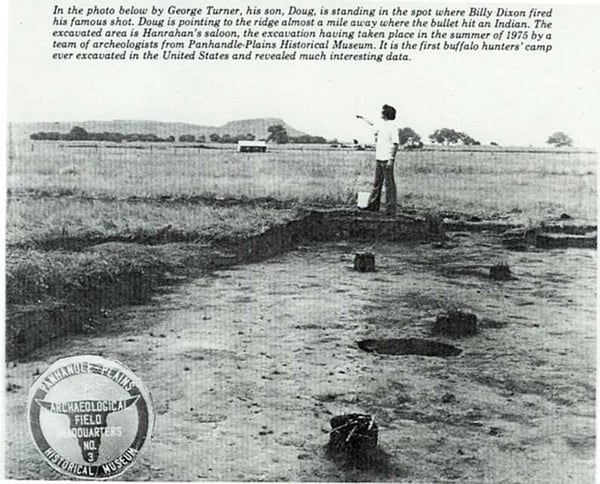