Federal agents raided a southern New Mexico gun store, confiscating what has to be the whole shebang.  Twelve hundred guns and several million rounds of ammunition.  The owner of New Deal Shooting Sports, his wife, and two sons have been arrested for selling guns to drug lords.

Suffice it to say, we’re skeptical of these charges.

At this point, people at almost every level of government, local, state, and federal, from rookies in uniform to the heads of the ATF and FBI, to White House Appointee Eric Holder, have been implicated in an arms-dealing scheme the likes this country hasn’t seen since the Iran-Contra affair. 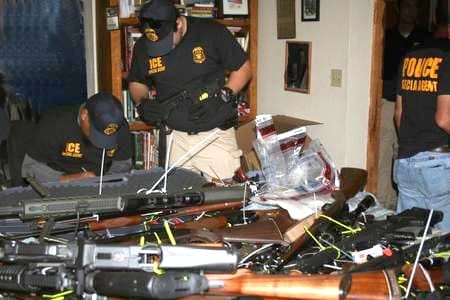 If somehow you’re not up to speed on this, the U.S. government (see above listed agencies plus about a half-dozen smaller and satellite agencies) have been allowing drugs into the U.S. and transferring guns into Mexico to support the major cartels acting against Mexico’s super-cartel, the Zetas.  Primarily, the United States has been propping up the Sinola and La Familia cartels.

Robert Farago’s been going on about this for some time and he’s not alone.

So just as news about the ATF handing guns over to criminals—mind you, guns the likes of which normal Americans have zilch access to, which is to say fully-automatic weapons, grenades, grenade launchers—they’ve started cracking down on the day-to-day, legal business of U.S. gun sales.

Before they were just confiscating cartridges with brass ammunition, but shutting down an entire gun store?  And then arresting the family that runs it?  We think maybe they don’t understand what “La Familia” means… 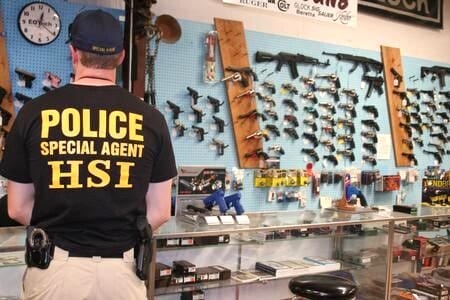 Federal agents last month arrested Rick Reese, 55, his wife Terri, 48, and sons Ryin, 24, and Remington, 19. They all are accused of conspiring to falsify paperwork recording gun sales, to launder the sale proceeds and to smuggle weapons into Mexico.

“All four have pleaded not guilty.

“Several weapons sold by the New Deal Shooting Sports gun store to a straw buyer—a person who buys a gun on behalf of someone else in violation of federal law—were later recovered in Mexico, according to an affidavit filed by a Department of Homeland Security agent.

“Those weapons included an AK-47-type weapon recovered in Sinaloa, Mexico, in July 2010 and other handguns recovered in Ciudad Juarez in January, February and March.” 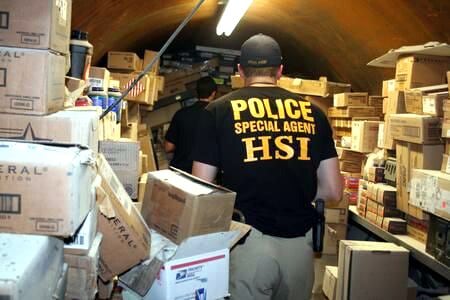 At this point, we’re likely to believe that they’re either being straw-manned or something of the sort.  Nothing heavy-duty tin-foil; hell we can imagine them having been asked by the ATF to sell to straw purchasers and are now getting held “accountable”, but we could also see the ATF just picking a successful gun shop and releasing the hounds.

But what makes it even stranger is that it appears that local newspapers have had to pull several of their articles about the whole affair.  This is in stark contrast of their opinions of the Reese family, to whom they are highly sympathetic.

For now, we think we speak for us all.  What the piss is going on in New Mexico, ATF? 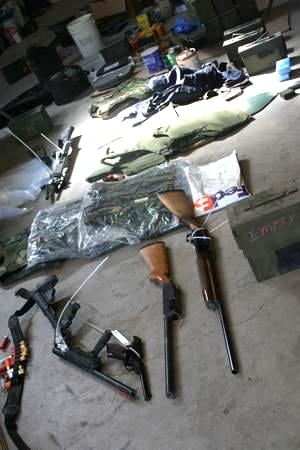