Gov. Brown to Decide the Fate of Open-Carry in California

The right to openly carry an unloaded firearm in California is hanging in the balance.

Assembly Bill 144, which was approved by the California State Senate a few weeks ago, is now sitting on Gov. Jerry Brown’s desk awaiting his signature…  or his veto.

The bill makes it a crime to openly carry an unloaded firearm in public.  Should Gov. Brown sign the bill, those who violate the new law will be charged with a misdemeanor that carries a punishment of up to one year in jail and/or a fine of as much as $1,000.

Anthony Portanitino (D-La Cañada Flintridge) introduced the bill to address what he referred to as a “loophole” in California law: the right of responsible gun owners to openly carry their sidearm in public and at demonstrations.  To hear his full argument for the bill, watch this video:

In short form, Portanitino argues that most Californians feel threatened by those of us (full disclosure: I live in CA) who carry openly in public places.  As a result, those who are afraid of us phone the police who then have to answer the call.

“They are tied up dealing with calls from the public about gun-toting men and women in the coffee shop,’’ Portantino told the LA Times. “As law enforcement officials tell me, it’s not safe and someone is going to get hurt.” 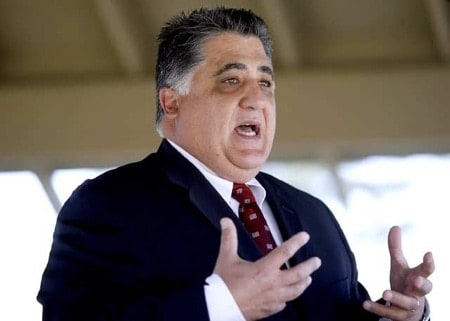 If Brown decides to sign AB 144 into law, then it will be challenged in court.  Adnan Shahab, president of Responsible Citizens of California and a Republican candidate in the 20th Assembly District, told Mercury News in an email, “There are constitutional issues that must addressed, as well as how this law relates to the recent court ruling that the highly discriminatory shall-issue concealed weapons permitting process in California is legal partly because open carry is also available to residents as an alternate means of carry in this state.”

But to lose this right or to have it tied up in a protracted court battle for the next few years would certainly be damaging to law-abiding gun owners in California.

Therefore, if you would like Gov. Brown to veto AB 144 you should contact him.  Here is a link to a Facebook page dedicated to that cause.