Borne on the high seas, as US Marines battled with bayonet and cutlass aboard 19th century warships, the current Marine Corps Martial Arts Program (MCMAP) draws from a rich history of close-quarters combat. Built on the erstwhile principles of  “One Mind, Any Weapon,” MCMAP’s warrior ethos utilizes numerous martial disciplines.  It is debatably one of the most effective hand-to-hand combat systems in the world. Aimed towards real-world engagements, the techniques learned are adaptable, cunning and downright effective.

It’s a pretty bad day when your rifle goes down in combat. Matter of fact, it’s utterly horrifying. Miles from your Forward Operating Base, armed with a dud M16A-4 and the Corps’ beastly, yet limited, bayonet (the OKC-3S), it may seem like you’re up the proverbial creek.

But not necessarily. As a 21st century Marine, you’ve been trained in MCMAP tactics from the get-go. Leaving boot camp a “tan” belt – signifying the very basic understanding of the mental, physical, and character disciplines, you quickly ascertain the situation.  Assuming you’re alone, somehow separated from your platoon, taking cover in a rundown building, you draw from the very first stratagems passed down to you by your instructors: acquiring a “weapon of opportunity.” 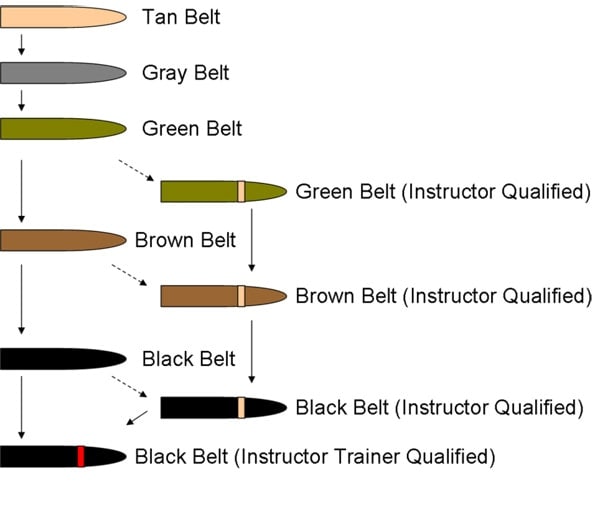 As one of its basic principles, the employment of “weapons of opportunity, ” introduces young Marines to outside-the-box thinking. Ranging from a pen to a tire iron, so-called “weapons of opportunity” are essentially everyday items we take for granted – all-the-while, capable of inflicting fatal damage to an opponent. A Marine can rely on multiple unconventional weapons, including: 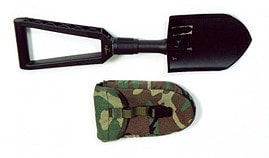 As you can imagine, the list could go on forever. The vital point to draw from the implementation of unconventional weapons, can be expressed in one word: adaptation. A Marine should be prepared to use anything around him in order to win the fight.

Aside from hybridized martial arts and the use of unconventional weapons, MCMAP focuses heavily on knife fighting. Seemingly simple and straightforward, knife fighting can be a very complex and dangerous game. In terms of MCMAP principles, the purpose of knife fighting is to cause enough damage and trauma to stop an opponent. The Marine Corps draws on two main blades – the classic KA-BAR and it’s newfangled cousin, the OKC-3S bayonet.

Along with advanced techniques, MCMAP covers a wide spectrum of basic knife fighting principles, including: wearing of the knife, angles of attack, target areas of the body, movement, grip, and stance. In terms of technique, MCMAP exercises two general methods – slashing and thrusting. Although quite simple in depth, these dual approaches are extremely effective in CQB.

The Marine Corps Martial Arts Program injects new life into long-established close-quarters combat techniques. Once Marines understand and apply these techniques, they can utilize them in a variety of situations. Adaptable, cunning, and ultimately effective, MCMAP offers real solutions to an ever-changing battlefield. 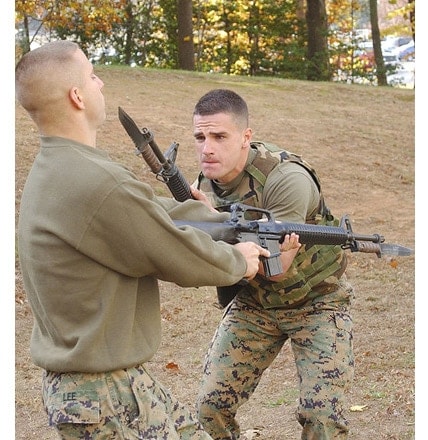