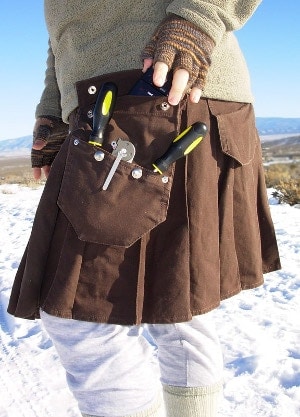 Caleb of Gun Nuts Media/Top Shot fame is raising money for cancer research, and he’s doing alright but the more the merrier, so we thought we’d direct everyone that way.  You don’t have to donate, but you might want to on account of Caleb’s little bargain.  And also to fight cancer.

“I don’t have a kilt so you won’t have to stare in horror at the image of my legs in a kilt.  But you know what I do have?  Balls.  And I like my balls a lot.  Testicular cancer is most likely to affect men that are right in my age group as well, and that means that the dudes that are the primary demographic of Gun Nuts Media are also the most likely to get hit with testicular cancer.

“I am truly touched by my readers out there; you’ve donated almost $600 to the Kilted to Kick Cancer Fundraiser in just 72 hours. If that’s not awesome, I don’t know what is. So I’m going to sweeten the pot a little bit to push us over that $1000 mark. 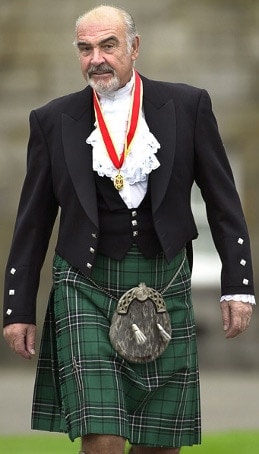 Oh but how it gets better.  “And finally, here’s one more thing—if by some miracle we crack the $2,000 barrier, I will shoot the entire 2012 Major Match season in a kilt. That’s right, I will go kilted for an entire match season if the readers of Gun Nuts Media can donate over $2,000 to Livestrong.”  (Emphasis ours.)

So not only do you get to do a little good for a tiny amount of money, every donation increases the likelihood that you’ll make a man compete in a dress.  To be fair, they’re manly.  James Bond wears a kilt when he’s not spying.  That should be enough.

And if you’re interested in kilting up yourself but not willing to wear another clan’s tartan, like, say if you don’t hail from a clan, well there’s always Utilikilts.  They’re like the workboots of mens’ skirts.  They cost more but they’ll last for damn ever and once you break ’em in, nothing else ever seems quite as comfortable.

Plus, if you think you can’t carry in a kilt, think again.  Don’t think leg holster, which just looks like it’s asking to have your thigh hair ripped out, think sporran-carry.

From Kilted to Kick Cancer: Here’s our Challenge to you—whenever and wherever possible during the month of September, and beyond, wear your kilt with pride! When someone asks what the special occasion is or “why the kilt” —you tell them proudly: “I’m KILTED to Kick Cancer!” and if they stick around, ask them to donate whatever possible to help in the prevention and treatment of this disease! It’s that Simple—MAN UP and KILT UP!