Three unnamed Houston police officers are under investigation after the accusations of 19-year-old Nicholas Hill, who himself is facing drug possession charges.  Normally, this sort of claim would go unheard, but for one snag: the police in question instant-messaged each other about it.

And not just with their cell phones or anything similarly under-the-radar.  They used their cruisers’ built-in messaging system, which records all communications made by the police.

“This will take the whole shift.”

And later, “No, hey man, if we’re gonna wear uniforms man, you know let’s have everybody wear something different.”

“Yeah, that’s it. Yeah, we want something wear everybody wears something different man, but the same, you know?”

The Houston police department says they’re taking it seriously, but we won’t know unless they make the results of their investigation public.  Currently, the three officers are still on duty, although they’re being made to take drug tests.  That does little for the defense, attorneys Daniel Cahill and Julio Vela, who point out that “‘If [the claims] actually are true, then we’re talking about is destruction of evidence. That’s a felony. We’re talking about official misconduct. We’re potentially talking about police offices driving around the city of Houston high on drugs, conducting official police business while high on drugs. It’s a pretty big deal.”

It seems pretty clear that the officers were totally freaking baked on the job. 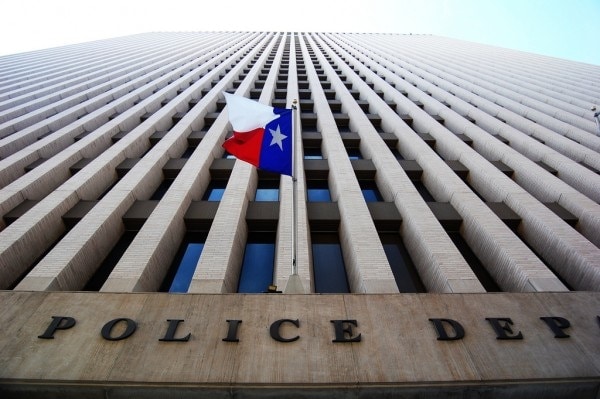 Certainly Mr. Hill isn’t above the law, however.  He’s still facing drug charges, it’s just… well it’s safe to say that the chain of evidence was tampered with.  It’s a weird catch-22, isn’t it?  In order to point out that the police ate his krondike, you know, his dibbles, his skoobage, he has to admit he had pot brownies.  If he’s willing to do that, certainly the police officers should face similar charges, right?

What do you think should happen?