Changing our Thinking, Reviving Tradition: Hunting with a .22 Handgun

My nephew and I were out for a day of ruffed grouse hunting, he with his 20 gauge shotgun and me with my Smith & Wesson 22A pistol with a fixed 2x scope.

We had not seen much all day until we spotted a grouse run across a dirt logging road. He wasn’t in a position to do much about it, but I was able to follow the bird into the heavy brush and timber. After walking about five yards or so off the road, I spotted the grouse’s head behind a tree bobbing back and forth maybe about fifteen yards away, and that was all of that grouse I could see. I raised the .22 pistol and waited for the crosshairs and that bobbing head to synchronize and then let off a shot. Down the bird went, the little bullet from the .22 doing its job quite well.

Many of us learn to shoot with a .22 pistol before moving onto something else, and then except for some plinking neglect the gun after that point. That’s a real shame to me. Why not put it to good use and take it out hunting? Small game hunting with a .22 can improve your skills, making you a better shot with any handgun. 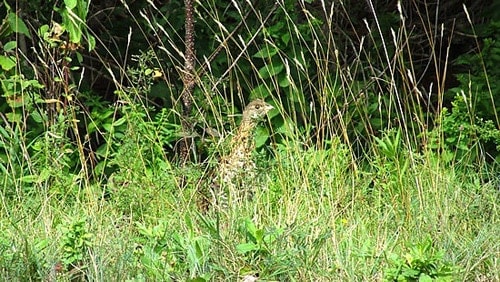 The secret with any form of handgun hunting—and .22 caliber handgun hunting is no exception—is to cut your ranges down. You won’t be taking any one hundred yard shots with that .22 pistol, I don’t care how good of a shot that you are and how big of a scope you’ve slapped on the gun. Twenty five and maybe fifty yards if the stars are all aligned will be the farthest you can thread that needle on a good day.

Some of us are dedicated handgun hunters and we take out a .22 pistol exclusively while then there are others who are more opportunists, which is definitely not a bad thing. I started off carrying a .22 pistol while big game hunting (make sure you check your local laws) after I got tired of watching those big fat grey squirrels wandering around nearby and no way to shoot them without taking a chance of ruining the meat with a big game round. It was the same with ruffed grouse after seeing them while out on a trail and have no way of taking one of those scrumptious little birds. 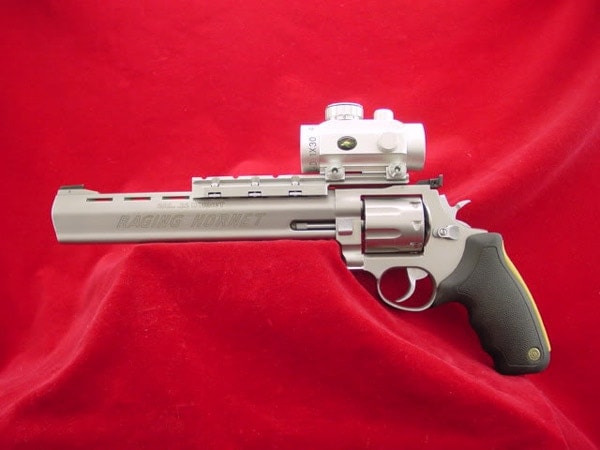 The secret to any form of hunting is to practice, and the more you practice the better you will become. I have always been a big fan of using life sized targets which will force you to aim smaller because your target is smaller. At fifteen and twenty five yards I use playing cards which is the perfect size to match the vital area on a squirrel or a grouse. I am not happy until I can consistently put every single shot into one of those cards offhand. Then I know I am ready.

So instead of taking that .22 rifle or shotgun out, get that little pistol and bring it along for a change instead of relegating it to simply being a plinking gun. There is nothing more rewarding than making a shot that others would not think possible because it has been ingrained in them that handguns are for nothing other than self defense or target practice. In the old days it was nothing to see hunters bringing in a juicy plump rabbit or other morsels to the dinner table all by way of a sidearm. Nothing has changed, we just need to change our way of thinking. 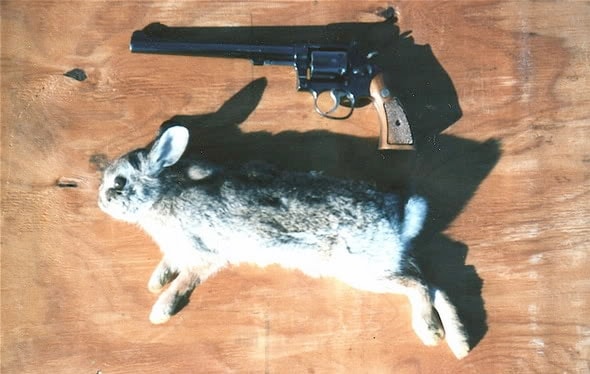