The Winchester Model 1886 was a real turning point for the company.  Their first .45-70 rifle, it was developed in part with John Browning, who would continue to work with Winchester for years.  And a large part of the continuing success of the .45-70 cartridge can be attributed to the performance of that rifle.

Unfortunately, Winchester doesn’t give the model much attention these days.  They maintain two models, a “short” 1886 (24-inch barrel) and a “light” 22-incher with a half-length magazine.  Chiappa’s been the company to look at for a broad selection of Model 1886 rifles for some time, and they’ve just added two attractive lever guns to their catalog.

They are the Trapper and the Kodiak Trapper.

The Trapper is the traditional rifle, with a walnut stock and hexagonal blue barrel.  The brass is all case-colored for that pretty finish.  Both rifles have 18-inch barrels and full-length, six round magazines, have an overall length of 37 inches, and weigh a little over eight pounds.  But that’s really where the similarities end.

The Kodiak Trapper stands out with a rubberized polymer stock, modern rifle ergonomics and cheek weld, a half-round barrel, (the receiver end is round) dual sling swivels, forward-mounted Skinner Express (aperture/peep) sights with a front fiber-optic insert, and a bright nickle finish. 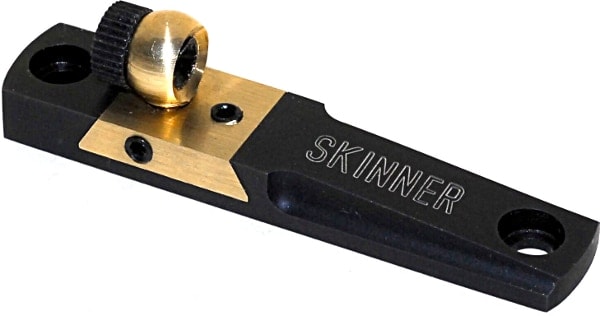 The will set you back a little more than, say, a lever-action rifle in .357 Magnum.  Priced in line with Winchester’s 1886 rifles, the classic-looking Trapper runs about $1200, and the Kodiak something like $1300.

Of course, Chiappa is new to the high end of the market and have yet to build up a reputation.  But if their rifles work half as good as they look, we want to shoot ’em, bad.