Gunfight aboard the Gustloff: Shots Fired On the High Seas

Throughout history, gunfights have occurred in a myriad of different locations and environments and under a various degree of circumstances.  On board a ship tends to be on of the rarest given modern military techniques.  But one gunfight on the high sea did occur, one night in January 30, 1945, on a Nazi ship in the Baltic Sea.

The German cruise liner Wilhelm Gustloff was launched on May 5, 1937 from the Blohm & Voss shipyard in Hamburg. The ship was built for the Kraft durch Freude simply known as the KdF or translated into Strength through Joy. The ship was built as a floating get away for the Nazi party faithful and dignitaries. It was originally supposed to be christened the Adolf Hitler but the Fuhrer was superstitious about anything bearing his name ending up at the bottom of the sea, so he used the slaying of the Swiss Nazi party as a chance to rename the ship. 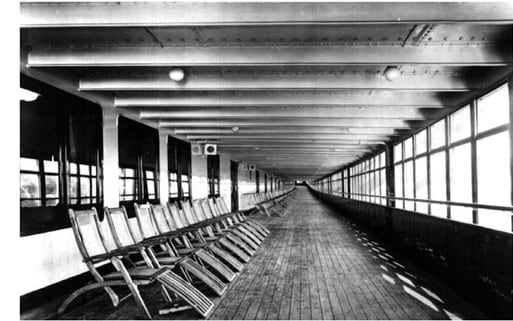 While not as opulent as luxury liners like the Titanic, the Wilhelm Gustloff was still a very nice ship. At 684 feet in length and 25,000 tons it was the size of a heavy cruiser. At the start of World War II the Wilhelm Gustloff was turned over to the German Navy and began a brief stint as a hospital ship. In November, 1940 the former liner was docked at Gotenhafen, now Gdynia in Poland, and there it sat until January, 1945.

With the German Army in full retreat and the Soviet Army showing no mercy to Rhineland’s civilian population, Operation Hannibal was launched by the German High Command. Throughout the operation, over one million civilian refugees and military personnel would be evacuated from the Prussian territories on nearly one thousand ships.

The liner Wilhelm Gustloff was one such ship, jammed full with thousands of people as well as freshly trained crews (many armed with various weapons including guns to man the new fleet of U-boats being built. Under an unusual dual command of both a merchant captain and a U-boat commander, the liner set out for the port of Kiel on the frigid Baltic sea in the midst of a terrible squall. Along the way the decision was made to turn on the ship’s navigational lights, one that would prove fateful. The Wilhelm Gustloff was spotted by the crew of the Soviet submarine S-13, on the cold night of January 30, 1945 and three torpedoes were launched, all of which struck the liner.

Sitting at berth for so long did the Wilhelm Gustloff little good, there were few lifeboats that worked, and the rest were either painted or frozen to the deck. Panic ensued and thousands of refugees trampled each other trying to get on deck for what few boats remained.

The chaos on board the stricken liner that night can hardly be described. The atmosphere of the band playing on like the night the Titanic went down was nowhere to be seen. In an attempt to keep order, force was used and this was most evident on the promenade deck. With the liner listing to its port side, refugees swarmed the boats, women and children were being pushed overboard into the frigid water, and the German boat crews armed themselves to keep order and to keep the crowd back. Soon gunfire erupted on both sides as members of the crowd, unknown to history, began to shoot at the sailors. The sailors returned fire, and theirs was more disciplined and well aimed. The crowd stopped but as each person came from below decks their ranks swelled, and with each passing moment the deck tilted more under their feet. For what must have seemed like an eternity they held the refugees at bay with the occasional person making a break for the boats only to be shot by a sailor’s rifle. 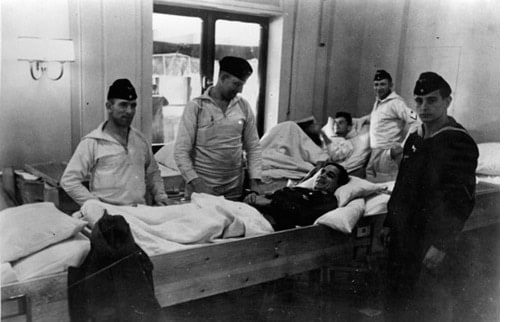 Suddenly a wave broke through the glass panels on each end of the promenade deck and the crowd en masse made for the doors leading them to the boats. The sailors refused to budge and opened fire again, dropping scores of people in their tracks. From within the ranks of the refugees gunfire erupted, but these were not just civilians, uniformed soldiers also now began firing on the sailors. On the promenade deck a miniature German Civil War was taking place and the German sailors only claimed victory when the doors leading to safety were blocked by fallen bodies.

The stalemate was broken when the order came that it was every man for himself. By now however all of the ships boats were gone except for one, even though there were still many rafts but most were frozen to the deck. Whatever military discipline was in effect before collapsed there and then. The fight for the boat marked a terrifying sight that few survivors would forget. Men and women alike were shot and killed before the boat was claimed, only for the remaining crowd to watch it capsize in the water, drowning most that had struggled to claim that last little bit of safety.

The Wilhelm Gustloff sank below the waves with the cries of the many still on board being drowned out by the waves and the gale blowing across the Baltic. Few were rescued from among those on board the ship, perhaps less than a thousand by the few ships that came to help. No one knows exactly how many perished that night, but many consider the sinking of the Wilhelm Gustloff to be one of the grisliest maritime disaster in history, with an estimated 10,000 men, women, and children dying in the panic stricken night on the Baltic Sea.