What exactly is a fusion center?

According to the Fusion Center Guidelines: Executive Summary, a fusion center is an effective and efficient mechanism to exchange information and intelligence, maximize resources, streamline operations, and improve the ability to fight crime and terrorism by merging data from a variety of sources. In addition, fusion centers are a conduit for implementing portions of the National Criminal Intelligence Sharing Plan(NCISP).

Interesting.  Well, what are the goals of a fusion center?

According to the Department of Justice, the ultimate goal of a fusion center is to provide a mechanism where law enforcement, public safety, and private partners can come together with a common purpose and improve the ability to safeguard our homeland and prevent criminal activity. A police officer, firefighter, or building inspector should not have to search for bits of information. They should know to call one particular place-the jurisdiction’s fusion center.

So, in a sense it’s sort of like an information aggregator, a digg or reddit of potential terrorist intel for the FBI, CIA, Military, Homeland Security, as well as local law enforcement agencies.  And like social media sites, it’s user generated.  That is all agencies and departments contribute to the content and information the fusion center analyzes, stores, and shares with other agencies. 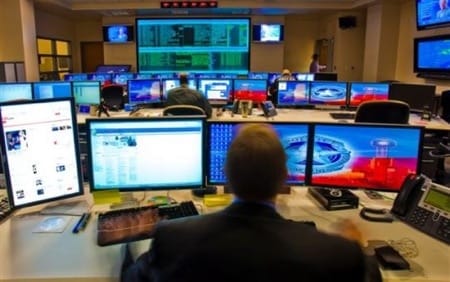 How many fusion centers are there?

There are 50 state fusion centers in the country along with 20 regional centers.  Each center has an annual operating budget of approximately $1 million.  And Homeland Security spent $327 million between 2004-2008 to construct the centers, according to an article in the Chicago Tribune. 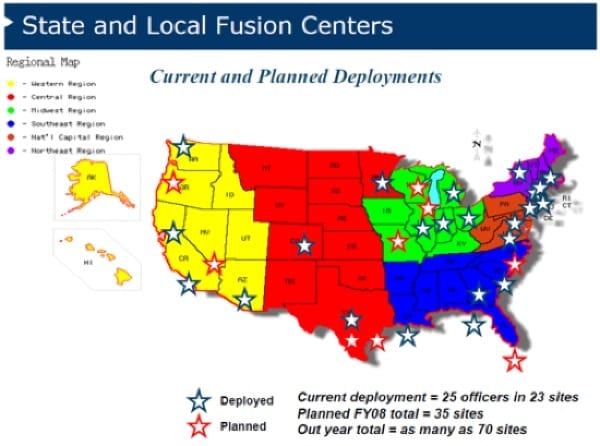 Have they been effective at thwarting terrorists and existential threats to the United States?

To catch Zazi, the Colorado fusion center tracked what bomb-making material he was purchasing as well as where he was buying it from (beauty stores, of all places), the center then turned that info over to the FBI which used it to build a case against Zazi.  Zazi was charged for his attempted plot and pleaded guilty in 2010. But not all fusion centers have had the success of Colorado’s.  In fact, in 2009 a Missouri fusion center issued a report that erroneously claimed Ron Paul supporters were conspiring to foment an uprising and posed a security threat.

And in 2010, Pennsylvania’s fusion center had to terminate a relationship with a private company that issued several warnings about peaceful protestors.

“Unfortunately (the centers) were built at such a rapid pace without sufficient controls to ensure they were reaching into areas that they shouldn’t be,” Michael German, American Civil Liberties Union policy counsel, told the Tribune. 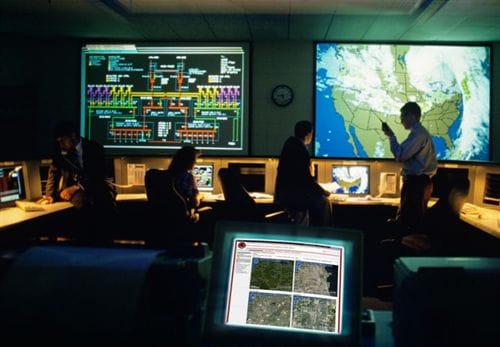 But that’s not the only complaint lodged against fusion centers.  The American Civil Liberties Union put together a nice primer on some of the issues these information integration systems raise.  Here’s a paragraph from their report followed by several areas of concern:

New institutions like fusion centers must be planned in a public, open manner, and their implications for privacy and other key values carefully thought out and debated. And like any powerful institution in a democracy, they must be constructed in a carefully bounded and limited manner with sufficient checks and balances to prevent abuse.

•    Ambiguous Lines of Authority. The participation of agencies from multiple jurisdictions in fusion centers allows the authorities to manipulate differences in federal, state and local laws to maximize information collection while evading accountability and oversight through the practice of “policy shopping.”
•    Private Sector Participation. Fusion centers are incorporating private-sector corporations into the intelligence process, breaking down the arm’s length relationship that protects the privacy of innocent Americans who are employees or customers of these companies, and increasing the risk of a data breach.
•    Military Participation. Fusion centers are involving military personnel in law enforcement activities in troubling ways.
•    Data Fusion = Data Mining. Federal fusion center guidelines encourage whole sale data collection and manipulation processes that threaten privacy.
•    Excessive Secrecy. Fusion centers are hobbled by excessive secrecy, which limits public oversight, impairs their ability to acquire essential information and impedes their ability to fulfill their stated mission, bringing their ultimate value into doubt. 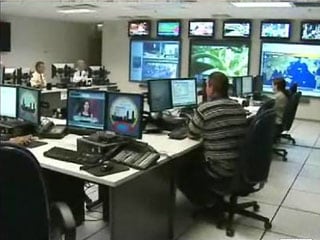 All of the ACLU’s complaints are legitimate, which makes one wonder how necessary these fusion centers are.  On one hand, multi-agency collaboration and the sharing of information is an essential part of preventing terrorism, but on the other, the abuse of power and the potential for corruption has exponentially increased as a result of these fusion centers.

I’m not really sure what the right answer is.  But sometimes I think if we, as a society, allowed responsible, vigilant, law-abiding citizens to carry firearms at all times, a lot of our problems related to crime and terrorism would dissipate  The truth is that the real power to prevent crime and terrorism lies with the people, not with government.

The ACLU ended their article thusly:

The lack of proper legal limits on the new fusion centers not only threatens to undermine fundamental American values, but also threatens to turn them into wasteful and misdirected bureaucracies that, like our federal security agencies before 9/11, won’t succeed in their ultimate mission of stopping terrorism and other crime. The ACLU certainly has a point.  If those proper legal limits are not established and enforced on these new fusion centers, instead of reading the following, we may one day, in the not too distant future, be living it:

The Ministry of Love was the really frightening one.  There were no windows in it at all.  Winston had never been inside the Ministry of Love, nor within a half kilometer of it.  It was a place impossible to enter except on official business, and then only be penetrating through a maze of barbed-wire entanglements, steel doors, and hidden machine-gun nests. Even the streets leading up to its outer barriers were roamed by gorilla-faced guards in black uniforms, armed with jointed truncheons.