Love Me, Love My Gun: Gun Ownership and Your Non-Shooting Significant Other

Many years ago, as we were packing up our gear after a successful hunt, one of my buddies confided to me that this might be the last pheasant season that we shared.

“Why? You OK? What is it, heart problems or cancer or something?”

“Worse. Joan doesn’t like guns, doesn’t want any in the house after we get married.”

I was lucky. When my wife and I got together, she already owned a gun. Granted, it was an old Winchester Model 63 she had inherited from her dad, but still it meant that guns weren’t an issue for us at all, and haven’t been for the almost 24 years we’ve been married.

But like my buddy above, I’ve had any number of friends who have had to navigate this issue with a spouse or ‘significant other’ (SO henceforth) – and it hasn’t always broken down along predictable gender lines, either.

It’s a tough problem. Sure, you can try to educate, or get your SO interested in shooting or hunting or self-defense, but that doesn’t always work. Chances are they may well see the problem in the same light: as requiring education to “enlighten” you as to the dangers of having a gun in the home. It’s always worth keeping in mind that someone who is ‘anti’ may be operating from their position with as much conviction and good intent as you have in being ‘pro’. 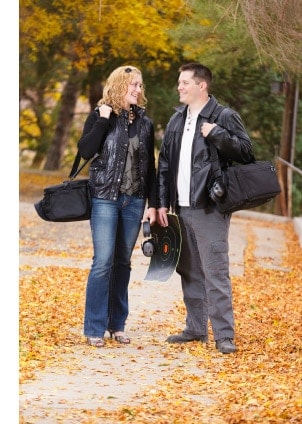 So, what do you do? Just move along to see if you can find another fish in the sea? That seems to be the first instinct, judging from how I have seen this topic discussed on countless gun sites over the years (including our own).

But love doesn’t always work out that way. It’s messy. It’s sometimes unpredictable. And every relationship I’ve ever been in or seen has required some compromises and accommodation of another’s likes and dislikes. My wife hates hot spices, while I grow super-hot varietals of Habaneros which I love in almost every dish. And I cannot grok her love of musicals of any stripe. It’d be silly, or at least short-sighted, for us to give up on our marriage over either of these trivial things.

Where do you draw the line, though?

Well, that’s the question, isn’t it? How do you decide what is more important: your love for another, or your love of guns. Your happiness in sharing a life, or your fundamental belief in the 2nd Amendment.

I know that none of my guns are more important to me than my wife. I’d give up every single one of them, if it was a matter of her life or them, just as I would give my life to protect her. Those who have given an oath to defend the Constitution may well feel the same way about the Right to Keep and Bear Arms.

But is that the right way to think about it? Do you really need to put this question into such absolute terms?

If anything, a relationship is about nuance. Trying to define everything in terms of black and white is unlikely to be productive to a long and happy marriage. The trick is to find a way to make the relationship work without compromising your principles. To go back to my trivial examples, I have a variety of hot sauces and ground Habanero powder that I add to dishes after I’ve taken my portion. My wife enjoys musicals on her own or with a friend.

And my buddy kept his guns at his parent’s place. Well, for a while. It wasn’t long before his wife got comfortable enough with the notion of his hunting that he started just bringing them home with him at the end of a day out in the field. I think that it helped that she decided she liked the taste of pheasant.

So, it might work to just get a safe (which you should have, anyway). Or to give your SO the key to your safe so they don’t have to fear anyone getting to the guns without their approval. Or to keep your guns at someone else’s abode. Or maybe to only have long guns, not those evil evil handguns. Or some other compromise. 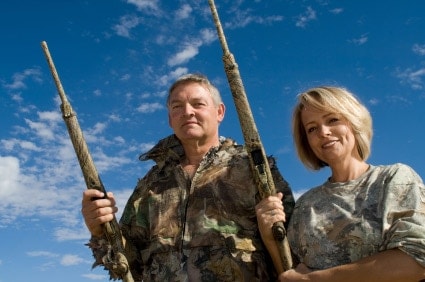 Things change over time. So do people. The danger in any relationship comes from trying to change your SO, rather than just growing together and seeking to enrich one another’s lives. Trying to indoctrinate is unlikely to work, whereas sharing information may very well. Isn’t sharing the joys and sorrows of life what it is all about, anyway?

Like I said, I was lucky. Not only did my wife not have a problem with guns in our home, she’s come to share some of my enthusiasm for the shooting sports. Now we enjoy getting out to the range together whenever we can. The only thing I have to watch out for is her deciding that she likes some of my guns better than I do. But I don’t mind sharing. Don’t mind it at all.