They were beaten. They were starved. Some beheaded, many simply carved up like pieces of meat and left for dead. Over 75,000 American and Philippine prisoners of war marched 70 miles along the Bataan Peninsula in what would later be termed “The Bataan Death March.”

Under siege by the Imperial Japanese Army, Allied forces fell to Lieutenant General Masahura Homma on April 3, 1942. Disobeying direct orders from Douglas MacArthur, General Edward P. King willingly told his men to set down arms in hopes of a peaceful surrender. He was wrong – dead wrong. It only got worse. The Japanese, unprepared for such an influx of prisoners, had little food or water.  Many captives died en route from heat exhaustion and maltreatment. Reports vary, but it’s generally acknowledged, some 10,000 prisoners died on that doomed march. This is one man’s story… 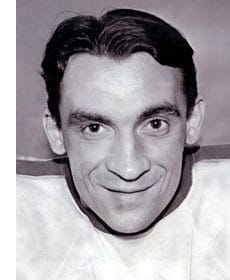 Hailing from the mean streets of Chicago and obtaining nearly legendary status as a college football star at Notre Dame University, Mario “Motts” Tonelli was a young man with an unstoppable drive. Offered a sweet contract with the Chicago Cardinals of the National Football League, young Motts was well on his way to a comfortable life. But the year was 1941 and war was looming on the horizon.

Like many men of his generation, Motts felt the need to do his part – enlisting in the US Army in March of 1941. Assigned to the 200th Coast Artillery Regiment (Anti-Aircraft), the promising fullback was shipped to the Philippines. Nine months into his tour, he noticed warplanes swarming like buzzards on the horizon. They were in actuality, Japanese Zeroes. Shortly thereafter the Japanese Imperial Army set siege to the Bataan Peninsula.

American and Filipino forces were clearly outnumbered and cut off from supplies. Rations quickly depleted and the besieged troops were forced to eat bush meat – monkey, lizards, and even the 26th Calvary’s horses. Four months later they were forced to surrender. And then the march began.

Japanese troops were notorious for their brutality, especially towards surrendering troops, which they deemed “dishonorable.” During the 70-mile march towards San Fernando, the hell endured by American and Filipino forces was unfathomable.  Men were shot in cold blood, denied medicine, beaten with two-by-fours, bayoneted for sport and even buried alive.

Beheadings were not uncommon and reports of Japanese Officers practicing their swordsmanship on prisoners are now an acknowledged fact.  Motts managed to survive, but nearly lost his life to a Japanese soldier who demanded the young man’s prized Notre Dame ring. In an extreme moment of fortune and uncommon display of charity, an Imperial Officer who had watched Tonelli play during his stint with the Fighting Irish returned Motts’ ring to him. But that’s where the niceties ended.

Packed in stifling cattle-cars, prisoners were transported to Camp O’Donnell on the upper Bataan Peninsula.  Upon arrival, various prisoners were sent to live aboard dilapidated Japanese cargo ships dubbed “Hell Ships.” There, the men were denied adequate food, water, and even light. It was dark and rank. No showers. No toilets. Men were forced to wade through calf-level vomit and diarrhea as it pooled in the ship’s hull. It was during this time that Motts actually prayed for death. Understandably, some men were driven to madness. Several unconfirmed accounts of murder and cannibalism were reported during this inhuman confinement. But many troops managed to survive – Motts being one of them. 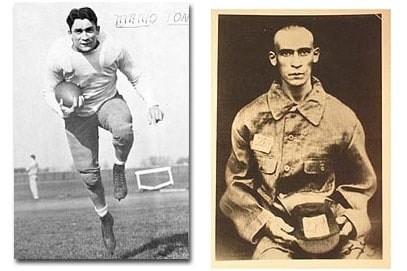 Once a strapping young lad of 200-lbs, Motts had wasted away to a measly 130-lbs. Infested by parasites, disillusioned and with little hope, Tonelli was eventually transferred to an island prison camp. A man once known for his devastating power on the gridiron was now imminently close to death.

Upon arrival, he was given a prison cap with the number “58,” – the very number he had worn while playing for Notre Dame. This fortuitous link to Motts’ past instilled in him a new sense of optimism. He pushed on and despite equally squalid conditions, he managed to survive.  Mario “Motts” Tonelli and his “haggard bastards,” were liberated in 1945.

Tonelli went on to play one more year for Cardinals – earning his pension and eventually becoming one of the youngest Republicans to serve as Chicago’s Cook County Commissioner.  A modest man to the end, Motts never claimed to be a hero – just an American doing his duty.