In his article, Lott blasted the media for prognosticating disaster after the Supreme Court ruled (District of Columbia v. Heller) that the possession of a firearm for self-defense within the home was a Constitutional right.  Lott pointed to numerous articles and quotes from Chicago and Washington, D.C. politicians, he wrote:

Politicians predicted disaster. “More handguns in the District of Columbia will only lead to more handgun violence,” Washington’s Mayor Adrian Fenty warned the day the court made its decision.

The New York Times even editorialized this month about the Supreme Court’s “unwise” decision that there is a right for people “to keep guns in the home.” 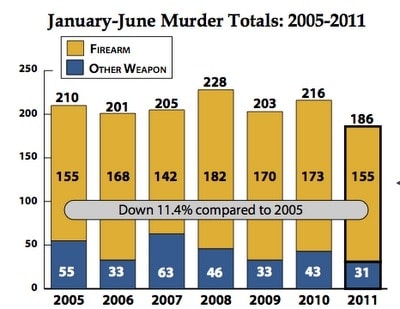 Lott then goes on to point out how crime rates in Washington, D.C. and Chicago are down following the Supreme Court ruling:

But Armageddon never happened. Newly released data for Chicago shows that, as in Washington, murder and gun crime rates didn’t rise after the bans were eliminated — they plummeted. They have fallen much more than the national crime rate.

Not surprisingly, the national media have been completely silent about this news.

But what Lott fails to recognize in his analysis is that correlation does not equal causation.  In other words, one can’t assume that because gun bans have been lifted and gun ownership has increased that crime rates will automatically go down.  It’s definitely more complicated than that as there are a multitude of variables that impact crime rates (police presence, socioeconomic factors, some even argue Roe V. Wade has had an impact, etc). 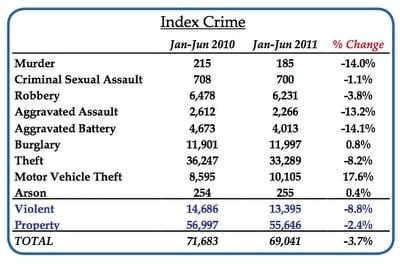 Therefore, it’s naïve to imply a causal relationship between gun ownership and crime rates without examining the larger picture.

For example, a few months ago guns.com ran a piece on Flint, MI, the deadliest city in the U.S.  Michigan is a shall-issue state and as a result many of the law-abiding residents of Flint keep and bear arms for protection.  Nevertheless, Flint led the nation in burglaries, arsons, aggravated assaults and murders.  While the national murder rate per 100,000 people is around five, Flint alone had 66 murders last year.  Flint’s population is 102,000.

It got so bad in Flint that some have suggested that the birthplace of General motors – “Vehicle City” – was beginning to look a lot more like “Dodge City.”

Is it fair to suggest, as former Chicago Mayor Richard M. Daley did, that “Guns and cities are a dangerous combination?”

No.  It’s naïve to assert that Flint’s high crime rate is directly tied to gun ownership and its gun-friendly laws.  Just as it’s naïve to claim or imply that more guns equals less crime.

As tempting as it is to make either one of those arguments, depending on one’s beliefs and/or agenda, one has to resist oversimplifying the facts.  The truth is responsible gun ownership is just one variable in a very complex equation.  And, it does a disservice to everyone when it’s isolated to make a point about crime statistics one way or the other.

We have a Constitutional right to keep and bear arms – that should be enough.  We don’t need to complicate the picture by including crime statistics that do nothing but muddy the water.

(note: the graphs/charts are Chicago Statistics courtesy of Lott’s website)