Politicians are a lot of things.  But most of them, despite what we may think, aren’t stupid.  Especially when it comes to devising ways to curry favor with their constituents and the communities they represent.  And in today’s down economy, the best way to win hearts and minds of one’s constituency is to support local businesses who intend to hire and retain employees.

However, when it comes to the firearm industry there seems to be a bit of reluctance on behalf of politicians, particularly in “blue” states, to embrace our industry as a viable source for jobs and economic growth, which is troubling considering the facts.  For example, the firearm and ammo industries are responsible for more than 183,500 jobs that pay more than $8.2 billion in wages.  The overall economic impact of theses flourishing industries is $27.8 billion.  In short, guns are good for the economy.

Take for instance South Dakota Gov. Dennis Daugaard, who told the New York Times about his sales pitch to potential prospects, “When we approach gun makers, we first make the cultural argument.  People in business want to feel their business is wanted and welcome in the communities where they are located. In South Dakota, the culture is there. We don’t regulate firearms businesses out of existence.” 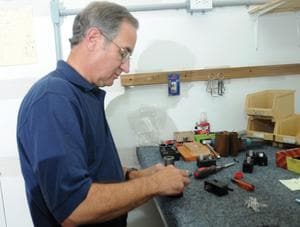 In addition to the lax regulations, South Dakota is also willing to throw some money at gun makers to entice them to relocate.

“South Dakota is a big one that’s been pushing to get smaller companies to go there,” Turnbull said. He added that he’s heard of offers from a South Dakota economic development group that was offering $15,000 per person to move to Sturgis, S.D. Turnbull said he has 16 employees, wants to remain in his hometown of Bloomfield and wouldn’t accept such a deal. 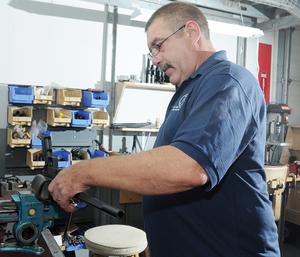 As for the other New York manufacturers, they too have been courted by gun-friendly states to the point where now blue state politicians have taken notice.

“More than ever, we have to fight to keep these jobs as states such as Idaho, Alabama and Montana are aggressively trying to lure away New York’s firearm industries,” Assembly Minority Leader Brian Kolb (R-Canandaigua), told MPNnow.com. “Losing these private sector jobs would be a devastating hit to our already fragile economy.”

Kolb along with Canandaigua Mayor Ellen Polimeni have been lobbying Gov. Andrew Cuomo’s Regional Economic Development Councils to make retention of firearm companies a priority, according to MPNnow.com.  In fact, to ensure their message is clearly expressed they have planned a trip to one of their local gun makers, Just Right Carbines, LLC.

There, they can do some first-hand reconnaissance to find out the successes the small gun manufacturer has had thus far, i.e. its 45ACP JR Carbine 1911-magazine model, it’s the only rifle/carbine in production that uses a standard 1911 magazine.  Also, both Kolb and Polimeni can learn the importance of Just Right Carbines’ role in the local economy.

According to the MPNnow.com article:

The list of suppliers for Just Right is long. The common thread: All 43 are U.S. manufacturers, with more than half, 29, from New York. They include an impressive sampling of recognizable names in the Finger Lakes region: Hunter Machine Inc. in Victor; Townline Machine Inc. in Clifton Springs; and American Metering and Machine, Inc. in Marion, Wayne County.

Just Right Carbines sells about 125 guns per week to a variety of outlets including law enforcement, sporting goods stores, gun shops.  JRC only employs eight people, that may seem trivial, but as Farmington Town Supervisor Ted Fafinski, chairman of the Ontario County Board of Supervisors, pointed out to MPNnow.com, “It is not just the eight jobs, it is New York jobs and New York suppliers.”

At the end of the day, if New York wants to keep those jobs, and others like them, more NY politicians need to come around to that one simple aforementioned fact: guns are good for the economy.