Pardoned Felon Wants Gun Rights Back - Should He Get Them?

In 1989, David Scott Blackwell was convicted on three counts of selling cocaine while living in Georgia.  He was sentenced to nine years in prison and had to pay a $3,000 fine.

After spending five years in a Georgia prison Blackwell was released.  Blackwell then finished his probationary period and lived a crime-free life for almost a decade.  In 2003, he applied to the Georgia Board of Pardons and Paroles for a full, unconditional pardon.

His request was granted and his rights were restored.  The Georgia pardon reads, “All civil and political rights, including the right to receive, possess, or transport in commerce a firearm … are hereby restored.” 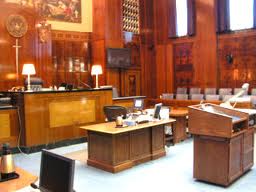 In 2009 Blackwell, who was now living in Tennessee, wanted to purchase a firearm.  He wrote a letter to state Rep. Glen Casada (R-Franklin) to see if it was legal for him to purchase and/or possess a firearm in Tennessee.  Casada, not knowing the particulars of the law relative to this situation, deferred to the state attorney general.

The attorney general told Blackwell he could not obtain a gun permit in Tennessee.

Following that news, Blackwell filed a lawsuit against the state of Tennessee citing the restoration of his rights via that Georgia pardon.  A county judge ruled in favor of the attorney general, but Blackwell has appealed that ruling.  He is now hoping the Tennessee Court of Appeals, which recently heard his argument, takes on the case.

Blackwell’s attorney, David Raybin told the Tennessean, “The pardon restores constitutional rights — that’s what a pardon does.”  Raybin added, “Therefore, it restores his right to a firearm. That’s it, in its simplest terms.” 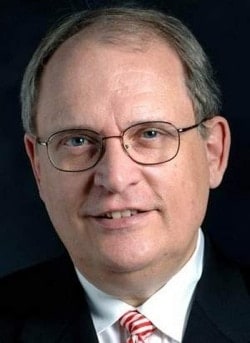 However, the state disagrees citing long-standing legislation that bans felons from owning firearms, even in situations where their records have been expunged and their rights have been restored.

“It is reasonable for the legislature to determine that felony drug offenders, even those who subsequently receive a pardon, are likely to misuse firearms in the future,” wrote the Tennessee Attorney General’s Office. “This is due to the well-known connection between guns and drugs.”

But Raybin is insistent, “A man having a pardon trumps whatever legislative restrictions there might be on a convicted felon carrying a firearm,” he told the Tennessean.  He even invoked the (2008) U.S. Supreme Court case District of Columbia v Heller to suggest Blackwell’s right to possess a weapon was protected under the Constitution.

“They constitutionalized the right to a firearm, just like a right to free speech, the right to religion,” Raybin said. “It is that strong.”

Others have weighed in on this situation, providing an alternative way of evaluating Blackwell’s case.

John Harris, the volunteer executive director for the Tennessee Firearms Association, pointed out the fact that Blackwell’s felony conviction was a non-violent offense.

“If it’s a nonviolent felony, grant them their full rights of citizenship,” Harris told the Tennessean. “If you’re going to restore some guy’s right to vote, to become a legislator and make policy or to sit on a jury, then what’s the hesitation on the gun issue?”

There are plenty of questions to consider, the most obvious being, who’s right?  Is Harris right about nonviolent, pardoned felons?  Is the state of Tennessee correct?  Is Blackwell’s attorney Raybin correct?

At the end of the day, lawmakers must decide if one state’s pardon truly trumps another state’s right to prohibit the possession of firearms.

(Photo Courtesy of the Tennessean)