Rangers Lead the Way! In Paintball!

While it comes as no surprise to me that Rangers play paintball, a paintball program on this scale is unprecedented.  See, lots of times, people coming back from a high-stakes environment, moving into, say, suburbia, don’t get their emotional needs met.  Yeah, that’s right, we just printed “emotional needs”.  But you know it’s true, it’s almost impossible to not know a soldier who’s come back and done crazy shit for the thrills.

(In my personal experience returning Army Engineers get housed on strawberry daiquiris and try to ride stolen horses on backyard trampolines, with hilarious results.  Fact: a sober horse is smarter than an Engineer holding back a gallon of pink slush.)

“‘These guys jump out of planes for their work. It’s hard to match that,’ said Capt. Light Shin, chaplain, ‘Sometimes the transition is tough,” he said. “For a lot of these guys, I think it’s a sense of purpose that changes, too. Overseas there is a sense of accomplishment. There’s a sense of belonging. But when you come back, a lot of that kind of dissipates.'”

“‘They also tend to get into fights, written up because they have behavioral issues they didn’t have prior to deployment, or become dependent on alcohol, prescription drugs and illegal drugs,’ said Jackie Teixeira, assistant to the program. ‘Our program introduces Soldiers to safer ways to recreate that adrenaline rush they are searching for in a controlled environment.'” 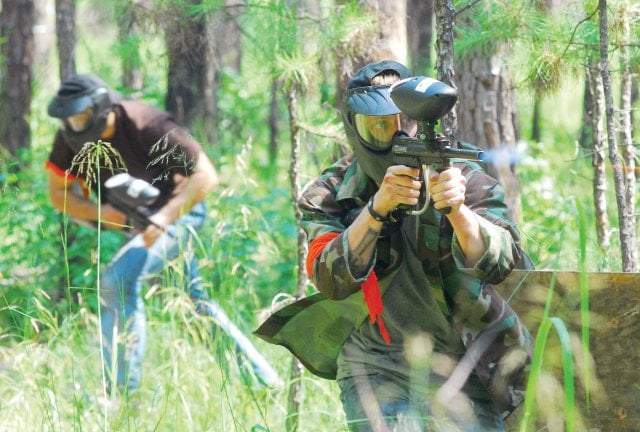 To divert those not-specifically-equestrian adrenaline-pumping energies, the U.S. Army Rangers set up the Army-wide Warrior Adventure Quest in 2008 and now it’s really starting to take off.  Originally, it was paintball.  Since then they’ve added zip-lining and diving, and they have plans to start motocross and four-wheeling activities.

“‘This program, funded by the Army, helps Soldiers cope with coming back from a high-adrenaline atmosphere of war to regular life, zero adrenaline and lots of stress,’ said Teixeira. ‘Often, Soldiers try to subconsciously recreate that feeling by buying motorcycles or fast cars and driving them way too recklessly—or worse, while inebriated.’ 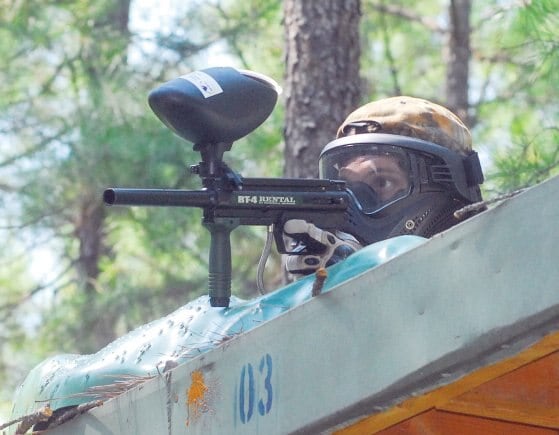 “‘It’s definitely giving the Soldiers alternatives.  The results of this program are remarkable, with significantly reduced numbers of incidents in the troops that have participated.'”

So basically, the program is a complete success, and it’s growing.  We hope it opens up to more than just Army soldiers, or that other branches of the military start up their own.  This is too cool of a program to not expand on.