Robert Reardon was there when the towers fell.  He was at ground zero.  He was a NYPD Detective at the time.

Several weeks ago Reardon, who is now retired, wanted to visit the 9/11 Memorial to pay his respect to those brave men and women who died that day.  Specifically, a woman he knew who was killed and whose body was never found. 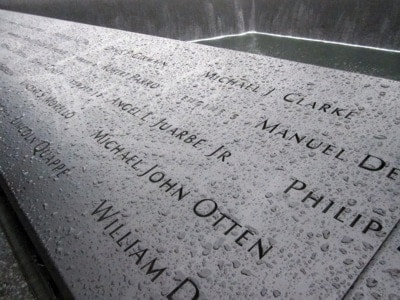 Reardon went ahead and reserved a memorial visitor pass in advance for Sept 18th.  On that day he, along with 18 friends and family members, arrived at the Memorial.

However, when Reardon went to walk on the 9/11 Memorial grounds he was denied access.  The 54 year-old retired Detective was turned away because he was carrying a handgun.

“I still can not believe the disrespect I felt, and feel now,” Reardon wrote in an e-mail to DNAinfo after the Sept. 18 incident. “We are retired members of the NYPD. We all have permits to carry our weapons. We are not criminals. We are not terrorists.” 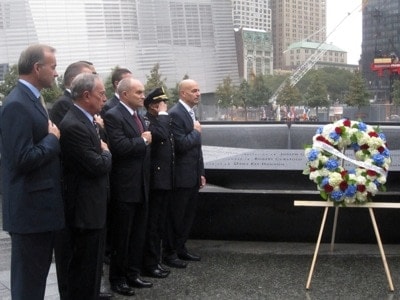 The 9/11 Memorial gun ban applies to everyone except those who are active, on-duty law enforcement (even off-duty officers cannot carry on the premises).

However, according to an article in DNAinfo.com, there are seven dedicated first responder days this fall where off-duty and retired police officers will be allowed to carry a firearm onto the site.

When news spread of Reardon’s experience and the 9/11 Memorial gun ban, some of his fellow officers chimed in on the matter.

“It’s one of the most asinine things I ever heard in my life,” retired NYPD Lt. Commander Ed Day, told DNAinfo.com.  “It’s as though law enforcement feels we’re more of a threat on some days and less on other days. It makes no sense.”

Day added, “If, God forbid, something happened, I would like to have the ability to intercede, I want to have a level chance of protecting my family.”  According to the article Day responded to the 1993 World Trade Center bombing, but not 9/11. 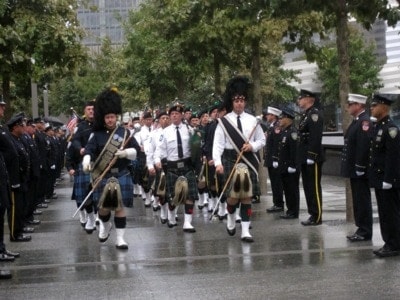 U.S. Army veteran and retired NYPD Lt. John Lincks, also weighed in, “It is an insult to prohibit those of us who served from bearing arms when we are properly licensed to carry them.”

Following the incident Reardon wrote a letter to Police Commissioner Ray Kelly and Mayor Michael Bloomberg detailing his experience at the memorial.

“If anything, you would think it might just be a good idea to have us around,” Reardon told DNAinfo.com, “Most of us have not forgotten how to help.” 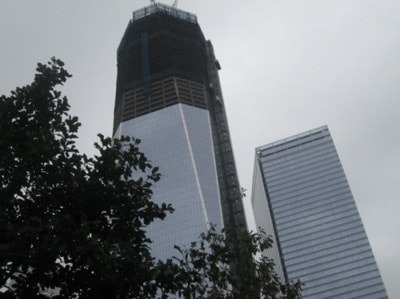