Urban Middle School in Sheboygan, WI, closed down its 56-year-old shooting range.  The reason?  Well, some say it had to do with lead exposure while others suggest that it had to do with local politics and the growing perception that guns don’t belong on campus.

The beginning of the end for the range was a few years ago parents started to ask about the range’s system for cleaning up lead residue.

“We just asked some questions about what safeguards the district had put in place to make sure students and staff in the school weren’t being exposed to high concentrations of lead,” Lisa Janeiro, 45, told the Sheboygan Press. “It turned out in the end that generally, people (in the school) were not being exposed but it was likely users of the range, unbeknownst to them, were. Really, the worst part was the district seemed to be unaware of that situation.”

After conducting environmental tests in 2007, it was determined that the range had high levels of lead on surfaces and in the air.  The club that runs the range in conjunction with the school, Sheboygan Rifle & Pistol Club, promptly responded to the findings by “replacing fabric and surfaces and implementing new housekeeping procedures, including requiring range users to wear disposable “booties” and wipe their feet on tacky rugs to prevent lead dust from leaving the range,” according to the Sheboygan report.  They even went so far as to limit the amount of time patrons and students could spend at the range (1 hour time limits).

But that wasn’t enough. 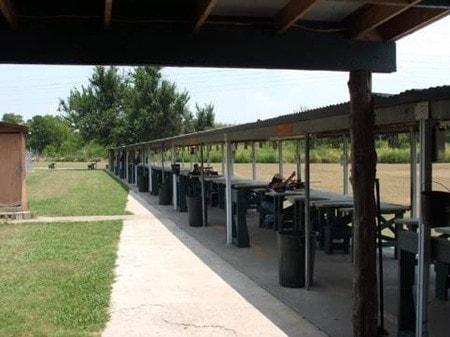 Several members of the community demanded that the range replace its old ventilating system with a new (expensive) one.

“The question was, should we update that ventilation system?” Steve Scharrer, director of the Community Recreation Department told the Sheboygan Press. “The answer was it would be pretty expensive. I think the club recognized that. They really didn’t have the funds to put toward that and neither does the school district.”

Reed Vanness, president of the Sheboygan Rifle & Pistol Club, contends that the lead issues were aptly addressed and these new demands are the product of a growing unease amongst parents and members of the school board with respect to firearms.

“It was politics,” Vanness said. “There were a couple people who did not want us in the school. They decided to try to get us on lead contamination. For the last number of years, we cleaned it during the summer and every night after we used it. We passed environmental studies every time. The school board just decided maybe it was time, maybe we didn’t belong there.”

Vanness’s claim seems to have been substantiated by School Superintendent Joe Sheehan, who in Feb 2010 was reported to have said, “It’s not the lead issue, the question is having a facility with firearms on campus.” 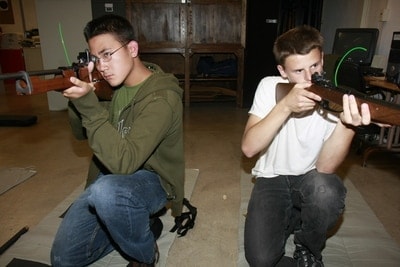 Whatever the reason, whether it’s lack of funds, exposure to lead, or a political agenda, the fact that the range is closing is disappointing.

“I’m unhappy that it’s gone,” said Augie Margenau, a firearms instructor for the club. “I understand concerns about lead but our safety record is great. It’s just something I wish we could pass on to next generation.”

The Sheboygan Rifle & Pistol Club is hoping to open up a new indoor range.  However, the financial costs associated with building one may be too steep.

“We’re hoping can do it for under a half-million (dollars),” Vanness told the Sheboygan Press. “We’re working with the NRA and they’re telling us half-million per lane, or some number that scares the willies out of you. We’re looking into it, to go past those stupid numbers and find out what really going to cost us. Building the building is not expensive part. It’s the air handling and filtration and the heating.”

Hopefully the club can square away their financials and get a new indoor range constructed.  In the meantime, the ones who are really suffering are the students.