“To sin by silence, when they should protest, makes cowards of men” said Reverend James Smith, Abraham Lincoln’s friend and minister at the First Presbyterian Church in Springfield, Illinois.

Well, by Smith’s definition, the U.S. Supreme Court is a bunch of cowards.

Okay, that may be too strong of a charge against our vaunted judicial branch, but allow me to explain what I mean.  See, as I mentioned in my piece last week, the high court has a few opportunities this fall to clarify some of lingering issues surrounding the Second Amendment.  One of those issues is whether or not the right to keep and bear arms extends beyond the home.

Yesterday the high court let one of those chances fall by the wayside when they turned down the appeal of a Maryland man who claims the state violated his constitutional right to carry a gun, outside his home, for self-defense.

The justices did not explain why they turned down the case. 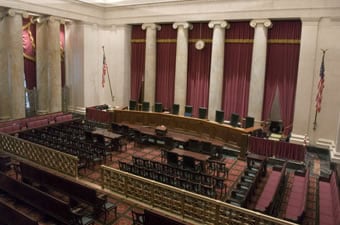 Why wouldn’t they hear the Williams v. Maryland case?  What reasons do they have to avoid what could be a landmark decision?  After all, it really boils down to a simple fact, either one’s interpretation of the Second Amendment guarantees an individual’s right to carry a firearm outside the home for self-defense or it doesn’t.

As the Williams brief puts it, “This case presents perhaps the most critical issue of all: are the words ‘bear arms’ devoid of meaning, thereby limiting the Second Amendment to the right to ‘keep arms’ within the four walls of one’s dwelling?”

“If so, it is an extraordinarily constricted constitutional right, that bears little resemblance to the robust right clearly envisioned by the Framers and exercised throughout American history.”

The high court has already rendered decisions that have provided some clarification regarding gun ownership and self-defense.  The 2008 Columbia v. Heller case, which overturned the Washington D.C. handgun ban and declared that an individual has the constitutional right to possess firearms for traditionally lawful purposes, i.e. self-defense within the home.   And the 2010 McDonald v. Chicago case, which extended the Heller ruling to all the states instead of just federal enclaves, like the District of Columbia.

However, further explication is needed with respect to the Second Amendment. 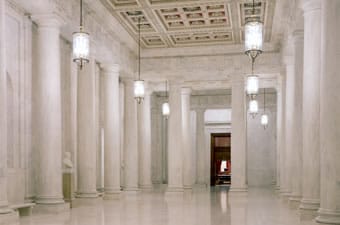 This is perhaps why the Justices turned down the Williams case; they’re not ready to decide precisely where our Second Amendment rights begin and where they end.

If and when they do make that decision, their ruling could potentially cause all sorts of problems with state regulations.  For example, if the high court ruled that U.S. citizens have a right to defend themselves outside the home, those states that currently deny residents the right to carry (openly or concealed) would no longer be able to uphold such prohibitive gun laws.

For many states rights advocates a Supreme Court ruling on this issue has the potential to subvert a state’s autonomy to decide what’s best for its citizens.  To those states rights advocates I say, the Second Amendment is a federally guaranteed right.  The fact that states can infringe upon it now via regulations and restrictions seems, at least to me, unconstitutional.

Williams’ attorney Stephen Holbrook wrote about this issue in his brief, “The Maryland court holds that there is no Second Amendment right to ‘bear arms’ (that is, to wear or carry arms for purposes of confrontation or self defense). Any state-granted, discretionary privilege to carry a handgun in Maryland is restricted to a tiny minority of favored individuals, and by law is not available to the ordinary citizens who make up ‘the people.’”

Why is Maryland, or any other state for that matter, allowed to denude a citizen’s constitutional right to keep and bear arms for self-defense? 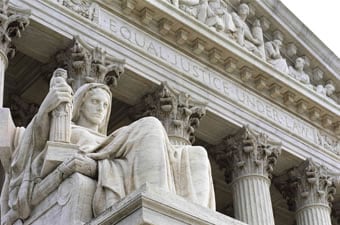 As for the details of the Williams case, and how it relates to all of this: Charles Williams, the defendant, was arrested in 2007 for possessing a legally purchased firearm outside his home without a concealed carry permit.  He was tried and sentenced to serve a year in prison.  Obviously he appealed the ruling, but now after being spurned by the Supreme Court he’ll have to serve his sentence.

“The Second Amendment does not bar a state from requiring residents to obtain a permit before carrying handguns outside the home,” wrote Assistant Attorney General Brian Kleinbord in response to the Maryland ruling. “Not surprisingly, no lower court has held to the contrary.”

Well, in a state where only 1.7 percent of applicants (not including law enforcement, security guards, and individuals working in preferred professions) are granted handgun permits for personal protection, its clear that a state doesn’t need to outright ban concealed carry to make it exceedingly difficult for citizens to bear arms for protection and self-defense (That 1.7 percent number is taken from Holbrook’s research for this Maryland v Williams case).  All a state needs to do is make the permit process next to impossible to navigate and/or pass through.

Clearly, this is wrong.  We have a Constitutional right to keep and bear arms for self-defense in our homes as well as outside our homes.  I’d imagine that at least five of the nine justices recognize this as well, but for whatever reason they shied away from an opportunity to set the record straight.  Sin by silence.