The U.S. government has not made the most prudent choices with regards to how to spend our tax dollars.  Between purchasing $16 muffins for a Justice Department conference back in 2009 and giving $500 million to the languishing solar manufacturing company, Solyndra, which is now in bankruptcy court, it is clear that the administration has serious issues with respect to fiscal restraint.

But as egregious as those expenditures were, they pale in comparison to the Bureau of Alcohol, Tobacco, Firearms and Explosives decision to use taxpayer dollars to purchase semi-automatic weapons for violent Mexican drug cartels with no strings attached. 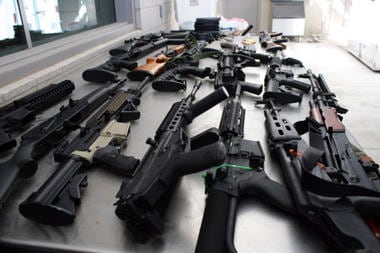 Fox News reported yesterday that Operation: Fast & Furious was not just a sting operation gone horribly awry where ATF agents simply lost track of the weapons being bought, sold, and trafficked across the U.S.-Mexico border, but it was also a weapons delivery service for Sinaloa drug cartel where ATF agents were ordered to purchase guns (with taxpayer dollars) and then sell them to straw buyers who would, in turn, sell them to the Sinaloa cartel.  Fox News reported:

According to documents obtained by Fox News, Agent John Dodson was ordered to buy six semi-automatic Draco pistols — two of those were purchased at the Lone Wolf gun store in Peoria, Ariz. An unusual sale, Dodson was sent to the store with a letter of approval from David Voth, an ATF group supervisor.

It’s been well documented that the non-interdiction and minimal surveillance polices used in the Phoenix-based operation permitted approximately 2,000 firearms to cross the U.S.-Mexico border undeterred.  It’s estimated that the Sinaloa cartel alone spent upwards of $1.25 million on illegally trafficked Fast and Furious guns.

In this particular instance, after Dodson purchased the weapons and sold them to straw buyers, he was ordered by Voth to observe those non-interdiction and minimal surveillance policies.  Fox News reported:

Dodson felt strongly that the weapons should not be abandoned and the stash house should remain under 24-hour surveillance…  for six days in the desert heat… defying direct orders from Voth. A week later, a second vehicle showed up to transfer the weapons. Dodson called for an interdiction team to move in, make the arrest and seize the weapons. Voth refused and the guns disappeared with no surveillance. 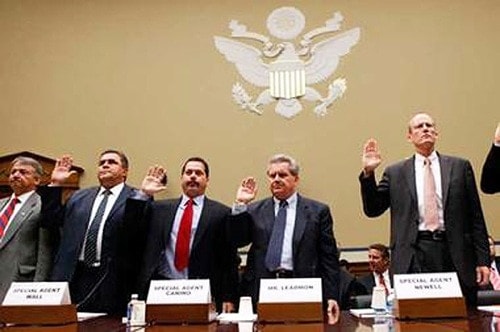 Dodson and Voth then had a confrontation back at the office.  After the argument, Dodson was relegated to more menial tasks in the following months.  However, after Border Patrol Agent Brian Terry was murdered by cartel members, Dodson blew the whistle on the whole operation.  He has continued to be a valuable source for information regarding the whole fiasco.

As for the ATF and the DOJ, with this new information regarding the use of taxpayer dollars to purchase weapons and Attorney General Eric Holder’s prevarication on this matter, it is clear that they are both in deeper than initially thought.  The longer they wait to come clean on Operation: Fast & Furious, the worse it will look for those involved.