The Attempted Assassination of Ronald Reagan: The Event, the Men and the Gun

His name is John Warnock Hinckley, Jr. and he was born on May 29, 1955 in Ardmore, Oklahoma. At four years of age he and his family moved to Dallas, Texas. His father was the president of World Vision United States and also chairman and president of the Vanderbilt Energy Corporation.

Living charmed existence, Hinckley, given his parents near constant financial support, was one of the lucky few who could pretty much write his own ticket in life. He chose to attend Texas Tech University on a part-time basis and then moved to Los Angeles in the hopes of becoming a song writer. While his siblings went on to attend graduate schools and become successful in business, Hinckley dropped out of society only calling his parents for money when times got too hard.  If he had stayed on this track, one of a privileged indifference, he probably would have lived a quiet, unremarkable life.

Instead, Hinckley would soon go down in history as one in the ranks of the reviled and infamous few who tried to take the life of a sitting president. 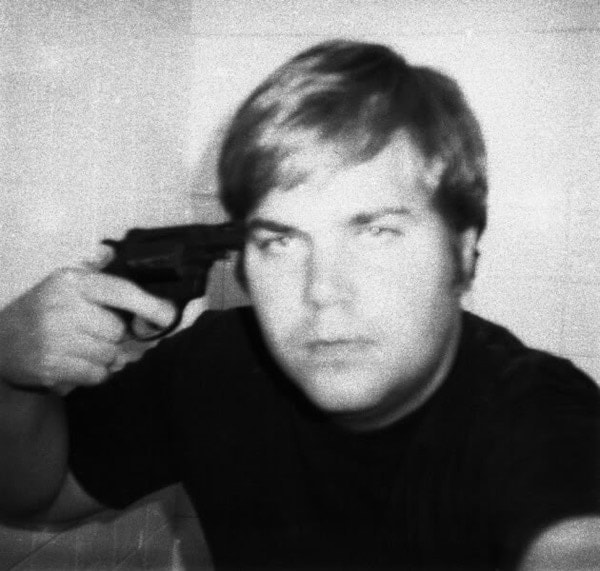 Apparently (at least to Hinckley) this all had something to do with actress Jodie Foster, with whom the young man was beguiled and obsessed.  His reasoning for deciding to assassinate President Ronald Reagan was to impress her, a sick and twisted misreading of Martin Scorsese’s Taxi Driver.

During the late 1970s up through 1981, he began purchasing weapons and practicing with them. He also began taking tranquilizers and anti depressant drugs. At some point during this time period, he walked into a gun shop and purchased the firearm by which he would shoot the president. It was a .22 caliber Rohm RG-14 revolver. 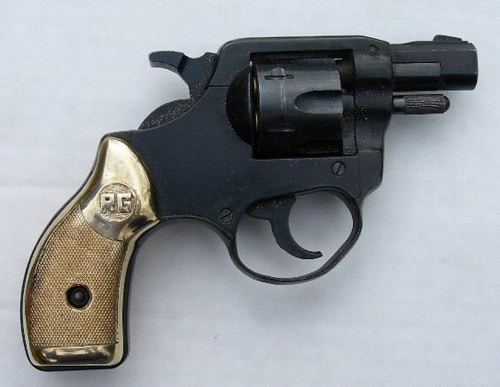 The president had been in office for just seventy days when he spoke to the 3,500 members of the AFL-CIO in Washington, DC’s Hilton Hotel on March 30, 1981. The event was well publicized, and after his speech the president walked out of the hotel towards his limousine. Hinckley stood waiting behind a rope barrier in a crowd of reporters and onlookers, the small RG-14 revolver hidden in his right pant’s pocket. The president was accompanied by his Secret Service detail, his press secretary James Brady (later, of Brady Campaign to Prevent Gun Violence fame) and Michael Deaver, the assistant chief of staff.

The RG-14 was loaded with .22 caliber Devastator bullets designed to explode upon impact. The weather was warm and there was a slight breeze blowing, the sky was partially overcast. As the president walked towards his waiting limousine he raised his left arm waiving to the crowd, Hinckley pulled out the revolver and fired six times from a distance of about fifteen feet. James Brady had turned towards the reporters behind the rope barrier and was struck by one bullet in his forehead above his left eye.

Thomas DeLahanty of the Washington Metropolitan Police was struck by a bullet in the neck. Timothy McCarthy of the Secret Service immediately placed his body between the president and Hinckley, and a bullet hit him in the chest, passing through his lungs, diaphragm and liver. Another bullet ricocheted off of the limousine and struck the president just below his raised left arm, hitting a rib and entering the lower portion of his left lung. Jerry Parr, another member of the Secret Service, shoved the president onto the floor in the back of the limousine, and it sped off towards the nearby George Washington University Hospital as Hinckley was wrestled to the ground by police officers and other agents.

All those who were shot survived, including the president, but James Brady remained paralyzed on the left side of his body and was confined to a wheelchair for many years. Hinckley faced 13 charges at his trial in 1982, but was found not guilty by reason of insanity and confined to the psychiatric wards of St. Elizabeth’s Hospital. In May of this year he was granted family visits away from the facility. The forensic psychologist at the facility stated that “Hinckley has recovered to the point that he poses no imminent risk of danger to himself or others” (more about this to come shortly).

The weapon he used, that Rohm RG-14 .22 caliber revolver, was sometimes referred to as a belly gun, one that because of its small size was easily concealable under a belt. The Rohm was simply called the RG, and was a German gun manufactured along the lines of some Colt revolvers of the day. In 2010 the company’s brand name was changed to UMAREX GmbH & Co. KG,. In the early 1950’s they started producing small caliber firearms, but before that they were tool manufacturers. RG-14s can still be found in gun shops, and their price of around $50.00 reflects the lack of quality in its design and manufacture.