The New Normal?: How Renewing My CCW has Changed over the Years

Yesterday I had to go get my renewal for my concealed carry permit. And I was struck by how different things were from the last time I did so.

Nah, the procedures haven’t changed. Here in Missouri you have to go to your local sheriff’s office and file the renewal paperwork, pay the $50 renewal fee (for a three-year permit), then pick up the completed paperwork a week later. That gives them the chance to make sure you haven’t done anything which would revoke your permit. Anyway, you pick up the form, then you have to go to where the driver’s licenses are issued, get your new ID made (and pay another small fee).

So, what was different?

I first got my concealed-carry permit (called a Concealed Carry Weapons permit, or a CCW, here in Missouri) a few months after the shall-issue law went into effect here six years ago. I waited because I knew there were going to be some legal challenges, and that it would take a little while for the necessary procedures to all get worked out. When I did take the necessary class (8 hours, with proof of some minimal competency at the range) and filed the initial paperwork, things were still pretty new.  Most of the procedural kinks had been worked out, and the process went pretty smoothly. 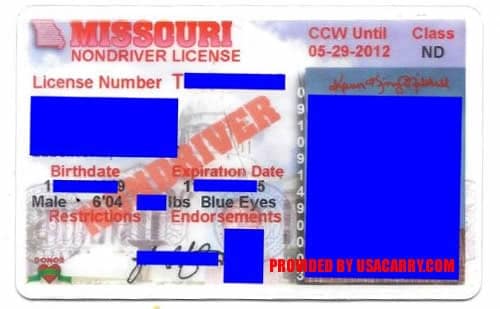 But it was like I was a teenager, asking the clerk at the local drugstore for the “family planning” items they kept behind the counter. (Yeah, OK, I’m showing my age. You damned kids get off my lawn.) What I was doing was legal, but there was nevertheless a certain stigma to it. The clerk at the sheriff’s office seemed shocked that a nice guy like me would want a CCW permit. The people who were at the sheriff’s office for other business (like wanting to see someone in a holding cell or to pay for an outstanding warrant or something equally charming) sorta edged away from me. And when I went to the driver’s license place and said that I wanted a non-driver’s photo ID with a CCW endorsement, I almost felt as if I were asking to be placed on a “Most Wanted” poster or something. And the clerk who handled the transaction looked at me like I did, as well.

OK, that was the first time. And I was self-conscious about it all. It probably really wasn’t that bad in reality.

But three years later, when the time came to get my renewal, it was still a little weird. Things at the sheriff’s office were better – there was no feeling of shock – but still it seemed like an unusual request, and other people there still looked at me funny. When I got my completed paperwork and went over to the driver’s license bureau for the new ID, the woman who handled the transaction sorta leaned across the counter and said conspiratorially “good for you! I wish more people would do this.” 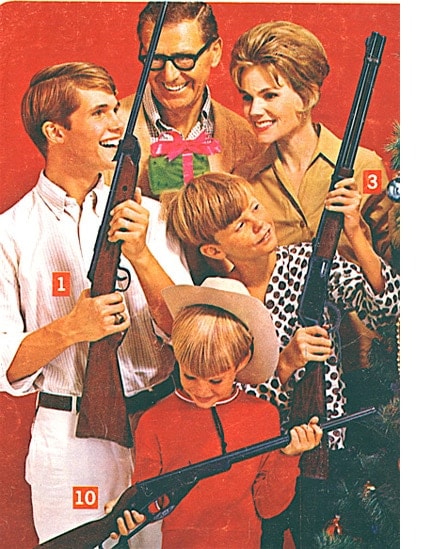 Yesterday? Yesterday was just . . . routine. No big deal. I went to the sheriff’s office, got my completed paperwork. The person there didn’t give it a second look – just took my ID, watched me sign the appropriate papers, handed me my form. Even the other people in the room didn’t pay any attention whatsoever.

When I went to the driver’s license bureau, again, it was like any other transaction. The older woman who took care of my ID treated it as nothing more than just another ID. Though she did remark that the State had finally gotten the hang of making the new non-driver’s license photo ID to have the same expiration date as my CCW permit. As I waited the two minutes after getting my photo taken for the ID to be created, the next person in line behind me got her CCW renewal processed. It was just no big deal that anyone else knew that was what she was doing.

And this is why I mention this. In the six years since Missouri has instituted shall-issue, everyone has come to realize that it’s perfectly normal for a citizen in good standing to want to have the means of self defense. It’s no big deal. It’s the “new normal”, if you will. None of the predictions from the anti-gun violence people of shootouts in the produce aisle of the grocery store have come true. There hasn’t been blood running in the streets from a Wild West mentality.

As with just about every other state which has gone through this process, it turned out to be no big deal at all. It’s still the case that most people won’t bother to get a CCW permit, but enough have that we’re not seen as being unusual, or weird. Yeah, sure, I still have friends who think that it’s unnecessary, but people are more willing to be up-front about it and it’s now accepted as just part of the culture.

As it should be.