A yet to be publicly identified, French, United Nations firearms instructor shot himself during his recertification training at the Smith & Wesson Shooting Sports Center in Springfield, MA.

Springfield Police Sgt. John Delaney told CNN reporters that the Frenchman shot himself in the thigh during an A.M. class, which took place this past Thursday.

According to reports, “the instructor was rushed to the hospital for treatment and is expected to okay.” 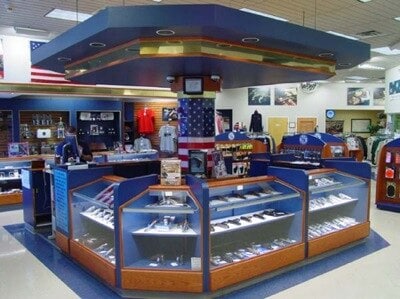 It’s hard not to poke fun at this situation.  For one thing, the instructor is French (insert French joke here) and, for another, he is from the United Nations – an organization with a dubious reputation with respect to firearms.

In fact, at the end of 2009 the U.N. General Assembly decided to convene a Conference on a U.N. Arms Trade Treaty in 2012 “to elaborate a legally binding instrument on the highest possible common international standards for the transfer of conventional arms.”

What is entailed in this Arms Trade Treaty?  Well, it depends on whom you ask.  Larry Bell wrote the following in an op-ed in Forbes:

While the terms have yet to be made public, if passed by the U.N. and ratified by our Senate, it will almost certainly force the U.S. to: 1.    Enact tougher licensing requirements, creating additional bureaucratic red tape for legal firearms ownership.
2.    Confiscate and destroy all “unauthorized” civilian firearms (exempting those owned by our government of course).
3.    Ban the trade, sale and private ownership of all semi-automatic weapons (any that have magazines even though they still operate in the same one trigger pull – one single “bang” manner as revolvers, a simple fact the ant-gun media never seem to grasp).
4.    Create an international gun registry, clearly setting the stage for full-scale gun confiscation.
5.    In short, overriding our national sovereignty, and in the process, providing license for the federal government to assert preemptive powers over state regulatory powers guaranteed by the Tenth Amendment in addition to our Second Amendment rights.

This seems to be a more extreme interpretation of what’s been discussed thus far.  Also, the idea that the U.S. will be forced to do anything is a little far-fetched (after all, we provide 22% of the funding for the U.N. and almost 100% of its military force firepower).

Nevertheless, some of the implications of an international Arms Trade Treaty are daunting.  What would an international gun registry look like?  How would it impact gun owners in America?  Would our privacy be forfeited or compromised in some way?

If we’re not careful we may – like that poor French firearms instructor – end up shooting ourselves.