OK, we don’t know what this is an ad for.  We can only assume it’s bullets but it is the Year of the 1911 and there’s some crazy 1911 action going on in that video.  “Action” being relative to how far the man’s pistol has come since the invention of said handgun…

No, it just strikes us as odd that there’s a dude who looks like he’s well-off for living in some Mad Max-inspired post Apocalypse and he’s standing up against the unknown with a gun that’s so racy it comes with it’s own checkered flag.

All that aside, Hornady is one of the great listeners out there.  They make ammo in flavors other companies wouldn’t press in their wildest dreams.  They’re the one non-Russian source of 5.45x39mm.  So, what we’re postulating here is, if Hornady was to respond to demand with a combination target-and-zombie apocalypse ammo to cater to customer’s wildest dreams (as opposed to the above mentioned ammo manufacturer’s wildest dreams, which really, in comparison, don’t seem that wild at all) we wouldn’t be terribly surprised.

But this all raises questions. 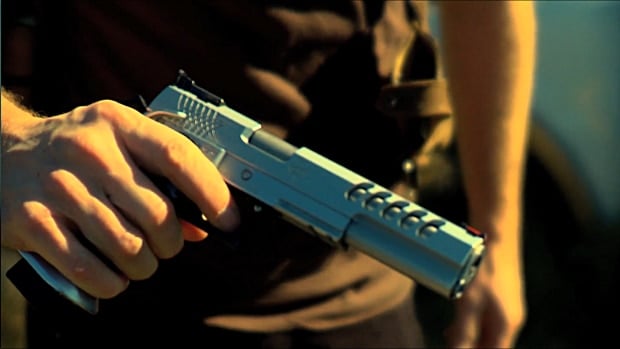 What do you think is going to be the product, here?  It’s safe to assume it’s pistol ammo, right?  Most calibers or just .45 ACP?  And will it be semi-practical ammo, such as stuff that is capable of dispatching biological-slash-supernatural terrors, from zombie to were-zombie?

Or, judging by the man’s extremely long, magwelled pistol, the product at hand could be competition-specific.  But then, shooting the promo just to the left of the Thunderdome wouldn’t really fit in.  Assuming it’s a firearms-worthy apocalypse scenario, has that crap gone too far?

And what gun is that?

The mystery product launches in about a week over on Hornady’s website.