If you’re not familiar with Gears of War that’s OK, it’s this trilogy game that’s finally come to an end and it featured saving the world, well, three times, and probably its greatest contribution to our culture was the consolidation of the assault rifle and the chainsaw.

Ever since Gears pressed on with the idea of running around with a gun that’s also a chainsaw it’s gained so much steam that Mossberg went ahead and made one.

Not exactly the same but about what you’d except from a shotgun company that’s not interested in dealing with lawsuits from people who have dismembered themselves.  But that doesn’t mean we should give up on the idea entirely. 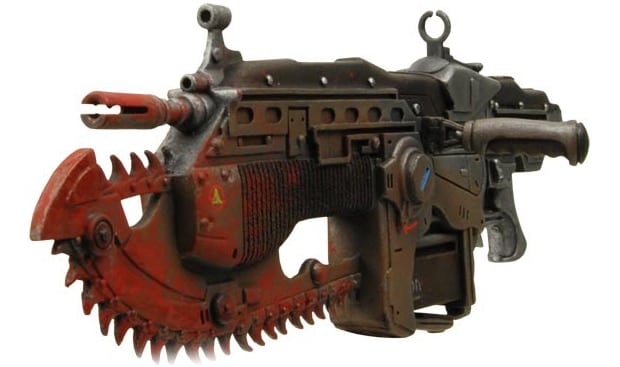 Everyone’s familiar with Lego, one of the greatest contributions to all time.  Combining the engineering magic of the acrylonitrile-butadene-styrene polymer brick and video game wonder of, yup, chainsaw guns, probably with a significant time investment, and now the world has this:

What’s really nice is that after the exposition, the guy shows you enough to make your own Lancer, or any other magazine-fed Lego rubberband gun and/or chainsaw.  Anyway, here, photos aplenty: 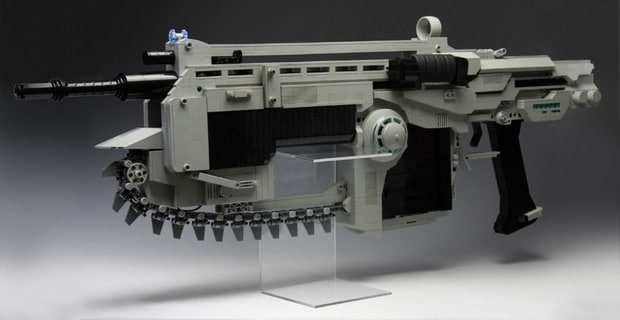 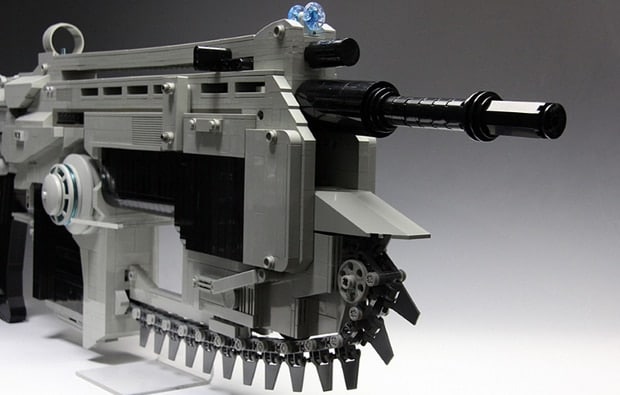 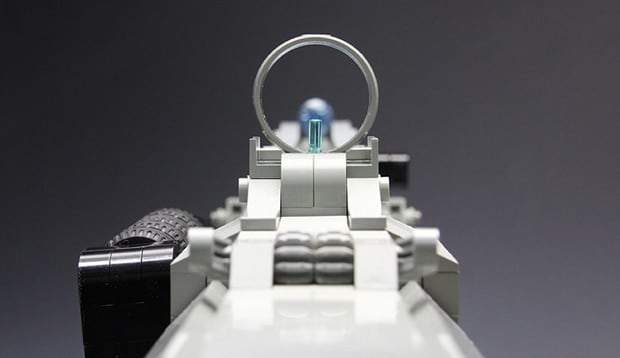 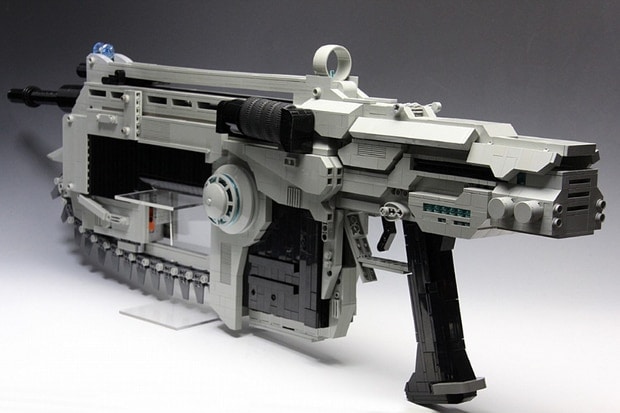