Finally, say all those who shoot major.  Finally, for all those who want a bigger bullet than nine.  Finally, all those Smith & Wesson 10mm enthusiasts get their very own XD(m) Competition.  Yeppers, now it’s out in .40 cal (in addition to 9mm Parabellum and .45 ACP).  And it’s still priced to move.  Especially when you take into consideration the Gear Up promotion.

Because for $750, not only are you getting one of the sweetest high-capacity (16+1!) .40 S&W pistols, an XD(m), you’re getting one with an extended, hand-fitted 5.25″ barrel, fiber optic front and adjustable target rear sights, and one hell of a slide lightening (it’s actually lighter than the XD(m) .40 full-size, and weighs the same as the compact; with the magazine, 29oz). 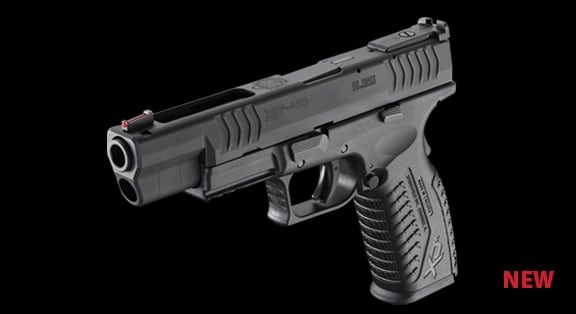 Also included are larger and smaller grip inserts, extra fiber optic strands in red and green, a lock, a bore brush, a mag loader and three extra magazines, all in a quality carrying case.  And if you buy it before the end of November, you get three more magazines as a thank-you, courtesy the Gear Up program. 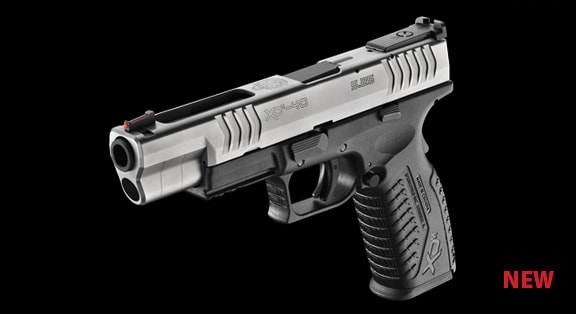 It’s available in black and two-tone, and while it’s maybe a little impractical to carry concealed, if you’re the open-carry sort, you can’t beat it for weight.  Of course, this is going to make all the USPSA/IPSC major dudes and chicks to go crazy, because it’s just a fantastic package for competition. 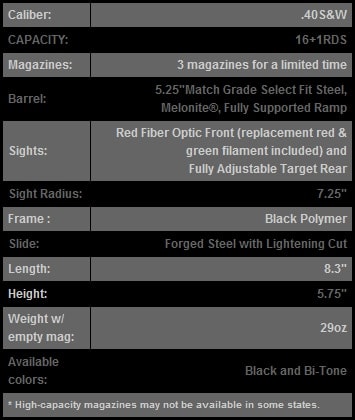