A Story Fit for the Silverscreen: Smuggling Arms into Canada via the Film Industry.

Here’s a fascinating little story, that once again, goes to prove that human ingenuity knows no morals and if criminals want a gun, they’ll figure out a way to get one.

Canada, like any other country on the globe has gun smuggling. We are often quick to blame the supply source and our neighbors to the south, but this problem is local.  There is always a new trick to smuggling and it appears Canada has played host to an interesting loophole: movies.
Most organized criminal organizations in the country use firearms at one level or another.  This drives the trade.  Even illegal guns are just tools and a reusable commodity that usually remains in criminal circulation for years, with multiple owners and potentially multiple crimes. The drug business expands the gun trade; it drives demand and swells the growing weapons market (a more notable phenomenon south south of the border). 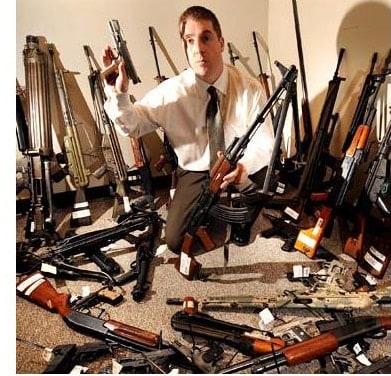 However, legitimate arms distributors and dealers in British Columbia and Ontario have unwittingly created a loophole via the mushrooming movie industry.  BC is the third largest centre for film and television production in the world, behind Los Angeles and New York and has been called ‘Hollywood North’ since the early 1970s. In 2010 there were 246 movies made in BC with revenues of $ 1.5 billion. Hey, the place is scenic.
These movies require props—usually actual guns—for spy and police action, as directors tailor Canadian cityscapes in Ontario and BC to replicate almost any urban hellhole in the world. Accordingly, specific arms need to be imported for authenticity.

To aid in this (and spur on a burgeoning and lucrative industry) the Canadian government allows these studios to purchase firearms in bulk internationally and import under special Federal Government Permits.  Some local gun dealers have positioned themselves to act as intermediaries on these shipments in order to ease the importation paperwork burden of these weapons because this is not an easy process in Canada. Most dealers are honest and look after their influential customers.

The rules are specific, ‘the firearms must be registered as soon as practicable’, but there is no specified time frame and shipments are in bulk, permitting dealers to steer clear of the severe individual gun registration process completely with little oversight.  It doesn’t take a doctor to see what happens next.  For years unscrupulous dealers would sell off these often exotic, top of the line weapons illegally with little chance of reprisal—that is until the Royal Canadian Mounted Police spotted a trend in interchanged barrels featured on seized criminal weapons. The Mounties linked them back to other weapons through lab analysis and began to investigate. 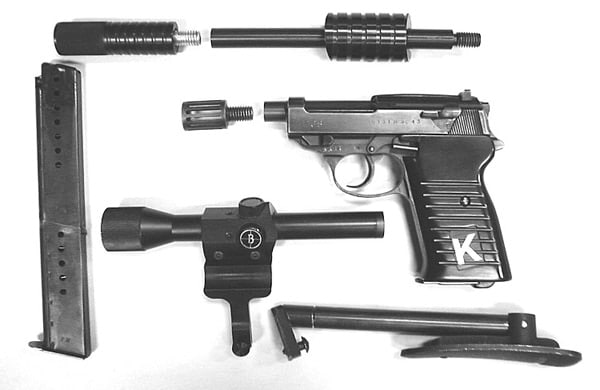 Because these ‘props’ are purchased in-bulk, are usually very high end and often the same model, the barrels are usually interchangeable.  Gangs would often purchase the whole diverted shipment and change the barrels regularly, supposedly to avoid detection from ballistics tests.