Check Out Del-Ton's TRX, an AR All Decked Out in Troy Industries Parts

Del-Ton has long been a go-to supplier of simple and inexpensive ARs.  Competing with the likes of Bushmaster, sorry, Windham Weaponry, for civilian sales, they’ve always had a knack for coming in with adequately-featured and under budget.

Fancy rifles from Del-Ton has, until now, meant “comes with Magpul furniture”. Those days are behind us as Del-Ton announces their TRX, soon to be available through their website as well as their distributor, American Tactical Imports.

And tactical is where it’s at with this lightweight (6.8lbs) and uncommonly-styled AR.  It’s a carbine-length 5.56 NATO gun with a standard 1:9 twisted chrome molly vanadium barrel, with a mil-spec upper and HPT/MPI-tested bolt.  This gun is good to go for gun games and varminting, all decked out with its Troy furniture.

The forearm is what gives the rifle its name, it’s a Troy TRX.  It’s a 13″ full-length flattop rail with modular 3, 6, and 9 o’clock rails at the front end.  Beneath the handguard is a mid-length gas system, and on top it are Troy Industries AR/HK flip-up iron sights.  The buttstock is Troy Battle Ax, the grip and flash hider stock A2. 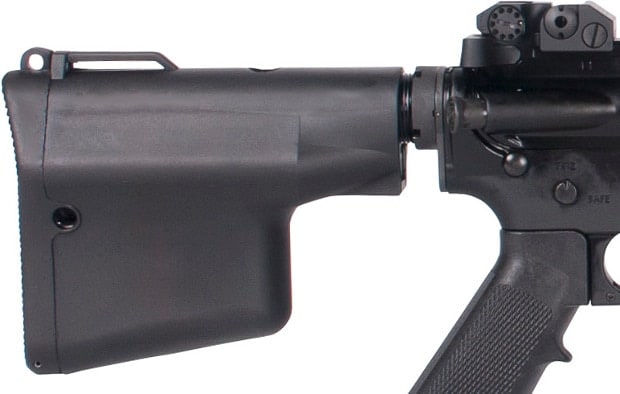 The suggested price is $1250 and you probably won’t find it lower than that, since Del-Ton rifles usually sell right at their MSRP.  That being said, that price isn’t altogether too bad considering you’d have a really hard time even coming close to it if you built your own from parts with all that Troy hardware. 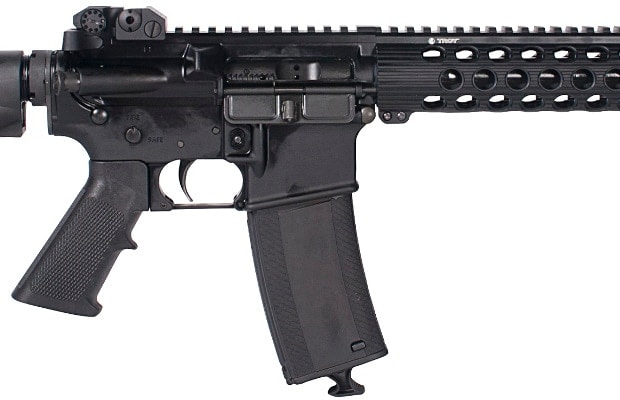 From a spec-sheet perspective, the Del-Ton TRX doesn’t deviate too much from the AR template.  But it sure does look different, so if you’re interested in a rifle that stands out without experimenting with the design, then keep an eye out for the TRX.